People forced to jump from pontoon as drawbridge crushes boat in Florida: VIDEO 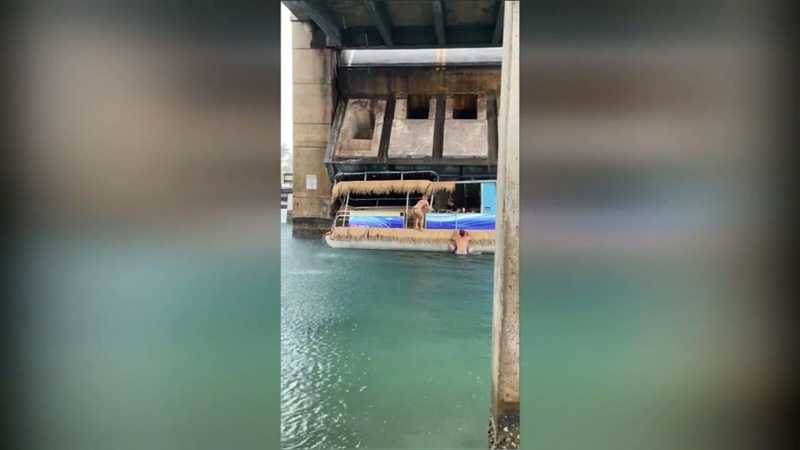 JUPITER, Fla. -- A scary scene in Florida last week after a pontoon boat was crushed as a drawbridge began to lift.

The boaters were forced to jump over the edge. Thankfully, no one was hurt.

It was a close call for the group of boaters when a Jupiter drawbridge began to move, partially crushing their pontoon and sending some jumping over the edge in fear.

"I think they were trying to move the boat but the bridge ended up folding on them so they couldn't move," said Gillian Pisciotto, who witnessed the incident.

The young woman captured the now viral footage saidshe's just relieved that the group all walked away unharmed.

"Well, I started screaming at them to move. I thought everyone was not going to make it," Pisciotto said.

It's still not clear what the boaters were doing under the bridge.

But instead of passing under the main channel, it seems the group stopped under a portion of the bridge close to the intercostal waterway.

The Cato bridge is operated by Palm Beach County.

WPEC reached out to the county's public works department to see if there are cameras under the bridge that the tender on duty could have checked before raising the bridge. A spokesperson said there are some cameras in the vicinity but couldn't say where they're positioned.