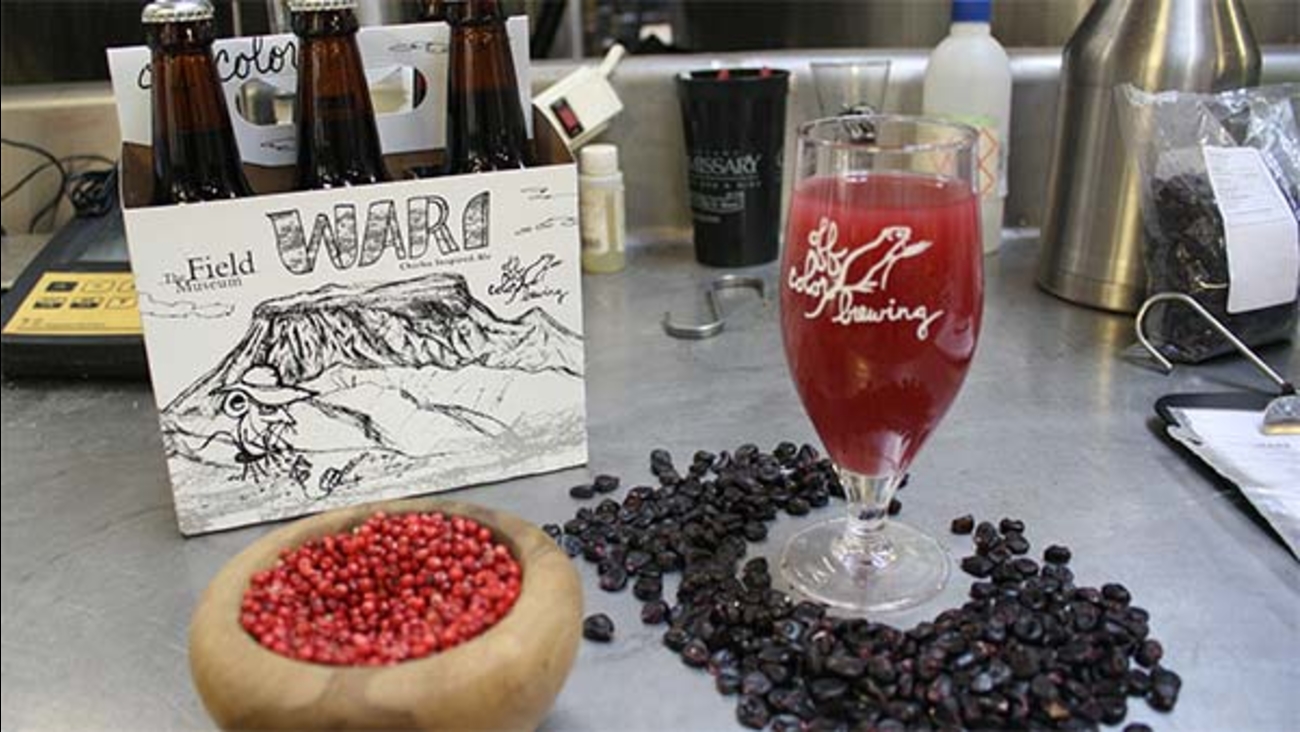 CHICAGO (WLS) -- Inspired by the brewing traditions of the Wari people of Peru, the Field Museum is releasing a new beer in March made using the traditional ingredients of purple corn and molle berries.

The Field partnered with Off Color Brewing to create a version of the ancient recipe, which is made from ingredients indigenous to Peru.

The brew is based on discoveries made by Field Museum researchers and collaborators when they uncovered relics of a Wari brewery dated between 600 and 1050 AD in southern Peru. Ceramics excavated there showed residues of maize and molle berries, which the museum says suggests the War combined the two to make a more potent and flavorful beer than chichi, the traditional corn beer.

The Field Museum will publicly release Wari Ale on March 3 at its "Hop To It" event from 6 to 9 p.m. The event is open to the public ages 21 and older, and tickets are $30 for Field Members and $35 for non-members.

The beer will be available on tap and in bottles at the museum's Field Bistro beginning March 7. It will also be available for purchase at select retailers.