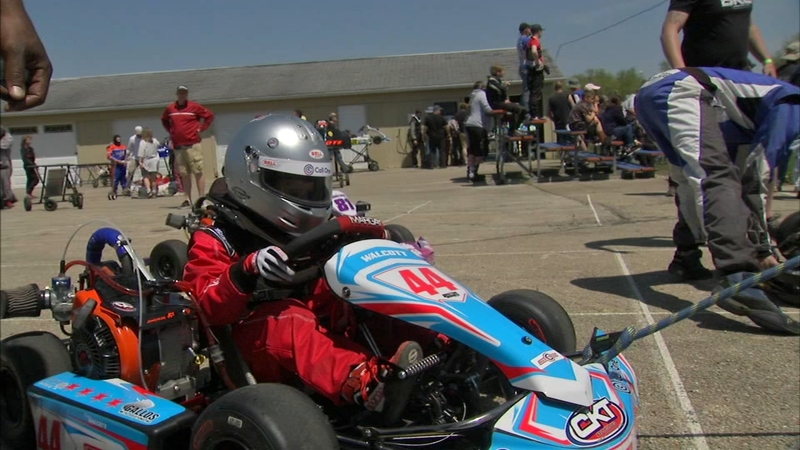 South Barrington kid, 5, races towards his dreams in Formula 1

SOUTH BARRINGTON, Ill. (WLS) -- A 5-year-old South Barrington boy is on the fast track to his dreams.

Grayson has the full, unbridled support of his dad, Nicholas, and his mom Kadijah as he speeds toward his aspirations of Formula 1 racing.

On Saturday Grayson competed for the first time against boys and girls a year or two older than he is. He qualified second on the grid and after two 8-lap heats, Grayson finished 3rd in the feature event.

"Grayson has great potential for a 5-year-old. He's also up there at Qwest Academy and that tells you a little something about the type of kid he is," Perry said.

Not only is the venture time consuming, but also money consuming as well.

Young Grayson already has a role model outside of his dad and he is one of the best race car drivers on the planet.

"I picked 44 on my car because of Lewis Hamilton. I think the same thing that Lewis Hamilton has 44 and that's why I got 44," Grayson said.

Through it all, Grayson remains persistent to succeed.