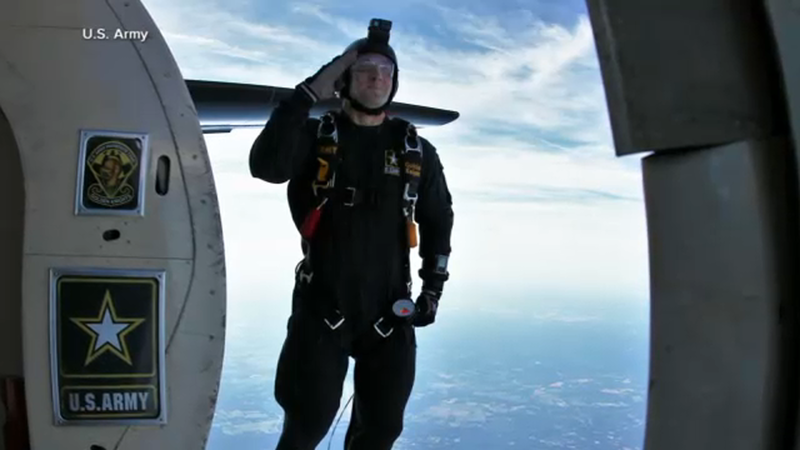 A Fort Bragg Army Soldier is picking back up the pieces after a devastating injury put things in perspective.

Sgt. First Class Richard "Dick" Young is part of the Army's Golden Knights, an elite parachute team considered "the best of the best," according to ABC News.

But on Feb. 12, during a low altitude night jump at Homestead Air Reserve Base in Florida, the unthinkable happened. The parachutes of two soldiers got tangled up and collapsed. The Knights began sinking around 2,500 feet into the ground.

Young was critically injured and barely conscious at first.

"I was on the telephone, calling 911. And then at that point, it was just a matter of making sure that our team was responding as appropriately as we could with what we had with us on the ground," said Lt. Col. Ned Marsh, commander of the Golden Knights.

It was traumatic. Young suffered a broken leg, two broken toes, and broken all but one rib along with his jaw.

Trina, Young's wife of nine years, knew something was wrong when she got a call before dawn.

"The morning of, I woke up to my phone ringing at 5:00," she told ABC News. "And his medic was calling me. As soon as I saw her number I knew instantly, there's no other reason she would call me."

Doctors told Trina that Richard was unlikely to survive. She told her children to say goodbye to their father.

But after two months in a medically-induced coma, Young woke up and started a long road to recovery. He's not giving up and may not even be done jumping. Medically, he won't meet the requirements to stay in the Army, but that's not dampening his spirit.

"I can't wait to jump out of a plane," he told ABC News. "Once you get that first catch or free fall, you just want to get back to it. So I will definitely be back in the air again," he said.