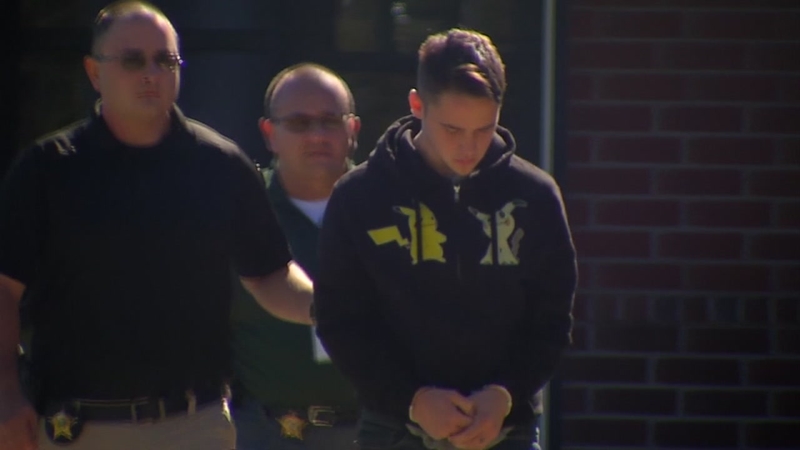 CRAVEN COUNTY, N.C. -- A Fort Bragg soldier is facing charges for kidnapping a 12-year-old girl and leaving a ransom note for her family, according to Craven County Sheriff's Office.

The victim's grandmother called police Sunday morning when she woke up and discovered her granddaughter was missing.

The preteen's bedroom window was open and a ransom note had been left on the bed, according to the girl's grandmother.

Investigators tracked the 12-year-old and found her in Fayetteville with 19-year-old James Murdock Peele of Chesterfield, South Carolina.

The ransom note requesting money for her safe return "may have been some camouflage designed to throw authorities off," Craven County Sheriff Jerry Monette said.

Peele, a Fort Bragg soldier, was arrested and charged with first-degree burglary and first-degree statutory rape.

Lt. Col. Mike Burns of the 18th Airborne Corps at Fort Bragg confirmed that Peele was a private, but didn't have further details.

Monette's office got help from agencies in North and South Carolina, the FBI, U.S. Army CID, Secret Service and others. He said investigators worked quickly, using cellphone tracking technology to find the girl within seven to eight hours of the time her grandmother reported her disappearance.

She was reunited with her grandmother Sunday night.

"My real worry in this kind of case is that once somebody meets a young lady like this, what happens afterward?" Monette said. "If this individual had even suspected that he might be at some point in time discovered what could have happened to this young lady is really scary."