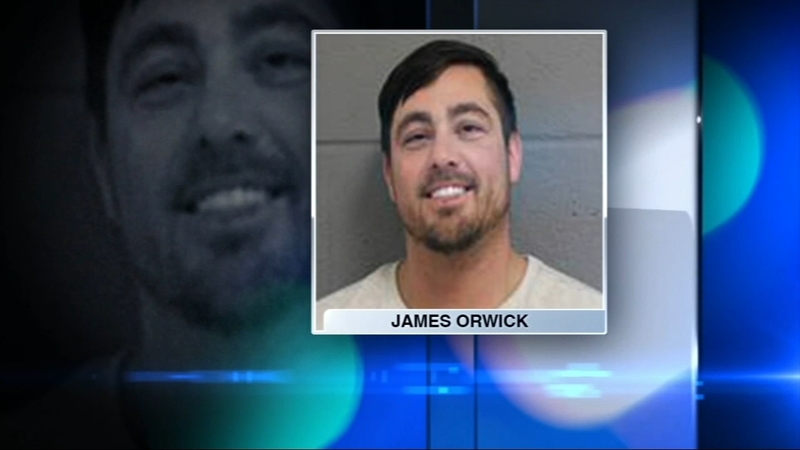 FRANKLIN PARK, Ill. (WLS) -- Franklin Park police say a "major tragedy" may have been averted after discovering a South Dakota man with three handguns hiding in a closet of a church basement early Monday.

The proffer, read by Assistant State's Attorney Eduardo Jaramillo in court stated, "The defendant took pictures and posted them on Facebook, captioning them with statements making reference to cults and being chased. The defendant also sent text messages to his sister and brother-in-law referencing cults and being chased. Some of the language in the text message included 'All set for final shootout. I saw Jesus' and 'Bodies are gonna put this story on the map.'"

"Officers came upon a male subject hiding in a closet in the basement of the church, who was visibly seen possessing multiple firearms in his waist band. Officers gave the male subject several commands to not move and show his hands. The male subject then made a movement toward his waist, which resulted in officers deploying their taser, striking the male subject and knocking him to the ground. Officers then removed three handguns from his person. While this was taking place three females had entered the church to clean up and place flowers," Franklin Park Director of Police Michael Witz said in a written statement.
Prosecutors said Orwick is a resident of Newell, South Dakota, where he is a rancher. He is married and has a 3-year-old child. It's not clear why he chose to target St. Gertrude's, but police say a pickup truck belonging to him was found in Hoffman Estates, along with two more weapons.

Orwick has a concealed carry license in South Dakota, but not in Illinois. He does not have a valid FOID card. This is his first arrest.

According to the proffer, "Defendant made a statement, and not verbatim, but in summary stated that people were coming after him, that his game plan was to mow people down if they came down for him. And that he probably would have sat in the closet all night."