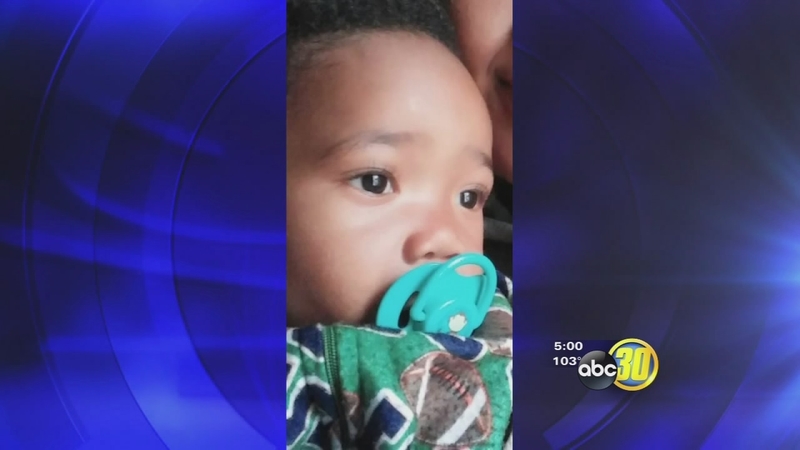 Family pleas for witnesses in murder of Fresno toddler

FRESNO, Calif. -- A killer remains on the loose after a 20-month-old boy was shot and killed last week.

Baby Rashad Halford was murdered outside his family's apartment near First and Platt in Southeast Fresno.

Detectives know there were witnesses, but they're having a tough time getting the information they need to make an arrest.

On Thursday inside the Fresno police headquarters, Police Chief Jerry Dyer issued a plea to help find a killer.

"This is not about being a snitch," Dyer said. "This is about doing the right thing."

The request comes nine days after Rashad Jr. was murdered.
Investigators say he was standing next to his dad when a man in a black hoodie walked up pulled out a gun and started shooting.

Dad Rashad Halford Sr. and a 42-year-old man were also shot; both survived.

"My heart will never be the same," Halford Sr. said.
Chief Dyer says there were several witnesses, including one woman who may have seen the killer's face but refuses to talk.

"That is unfathomable for me to understand as a police chief because we have a 20-month-old child that has been shot and killed in our city, and people do not have the conscience necessary to come forward," Dyer said.

Detectives have also looked at surveillance video and body camera footage officers captured at the scene, but Dyer says the video wasn't helpful in identifying the shooter since no one is coming forward.