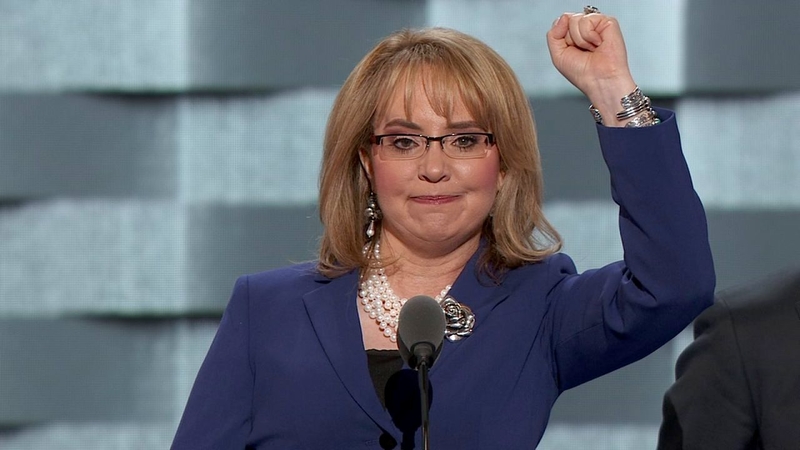 PHILADELPHIA, Pennsylvania -- The former congresswoman who survived an assassination attempt in her home state delivered a strong message about gun violence at the Democratic National Convention Wednesday.

Gabby Giffords, of Arizona, was introduced by her husband, Mark Kelly, and appeared to struggle as she walked onto the stage at the DNC. She then delivered a short, but captivating speech.

She told the Democratic National Convention that "speaking is difficult for me. But come January, I want to say these two words: Madam President."

Giffords and her husband talked about the need to challenge the gun lobby and place new restrictions on firearms.

Giffords called Hillary Clinton - the Democratic nominee for president - "tough" and "courageous," and Giffords says Clinton, as president, will "stand up to the gun lobby. That's why I'm voting for Hillary."