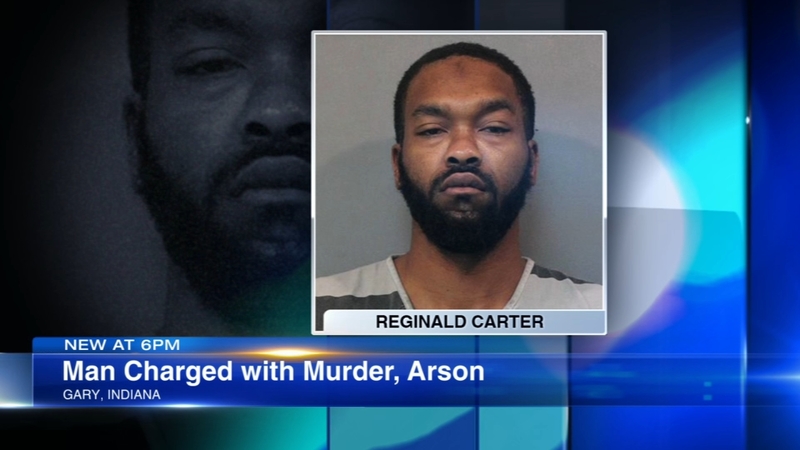 GARY, Ind. (WLS) -- A man has been charged with murder and arson after three people died in a house fire in Gary.

Police believe Reginald Carter shot his girlfriend and two of her family members before setting their home on fire, according to court documents.

Gary firefighters and emergency responders were at the scene of the fire near 20th Street and Noble on Friday.

Officials have not released any information about the victims, but officials have confirmed that all three were found dead inside the home.