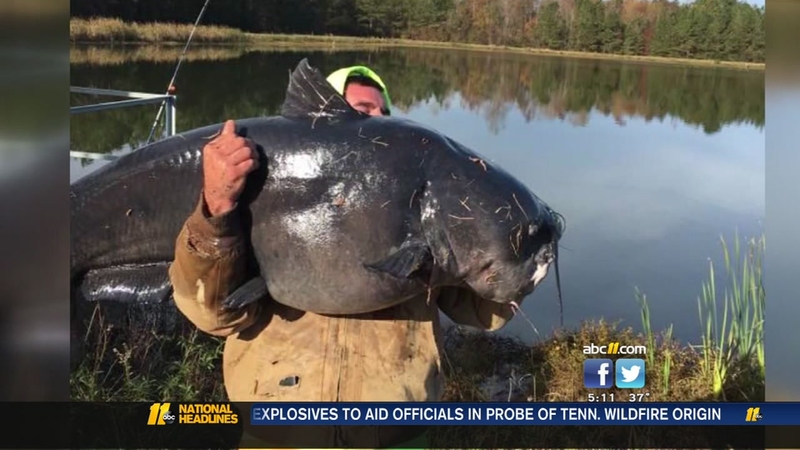 WILMINGTON, N.C. -- A North Carolina man said he had no idea what he had hooked when he pulled a massive catfish from the Cape Fear River.

Riahn Brewington wasn't even sure he was going to be able to pull the 112-pound catfish from the water.

Brewington said he spent 30 minutes reeling in the fish. Somehow, the line held.

"He took all of the string out two times, and I thought I was going to lose him," Brewington said. "I didn't realize how big he was until I actually got my hands underneath him."

At 112 pounds, the catfish is only five pounds away from North Carolina's state record.