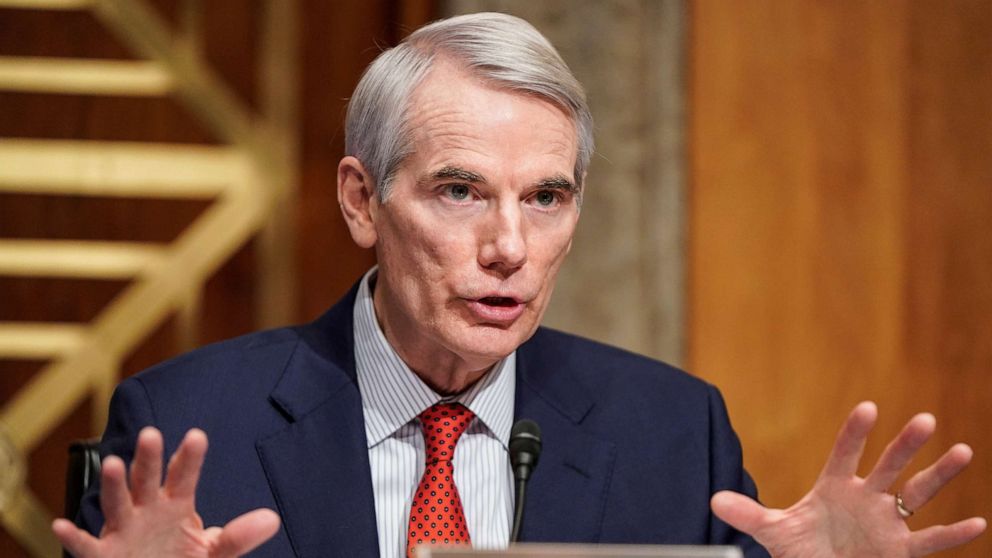 Ohio Republican Sen. Rob Portman announced Monday that he will not seek re-election in 2022 and instead will retire at the end of his term, citing the "increasingly polarized" nature of politics as his decision not to run.

"I don't think any Senate office has been more successful in getting things done, but honestly, it has gotten harder and harder to break through the partisan gridlock and make progress on substantive policy, and that has contributed to my decision," Portman, said.

Portman elaborated on his decision at a press conference in Cincinnati Monday morning, speaking to both the length of his service and the increasing partisanship in Congress.

"Honestly it's gotten harder and harder to break through the partisan gridlock and make progress on substantive policy issues and that has contributed to my decision we live in an increasingly polarized country where members of both parties are pushed further to the right and further to the left and there are too few people who are actively looking for that common ground," Portman said.

Portman, 65, is currently serving his tenth year in the Senate, with prior service in the House and the administration. He said he's looking forward to spending more time in Ohio and working in the private sector after having spent more time in public service than he intended to.

"It is a tough time to be in public service," Portman said. "For many of the issues I am passionate about I am convinced I could make a difference outside of the senate, outside of Washington, beyond 2022."

"I don't think it was any one thing -- it's just the sense that I have been doing this for 30 years," he continued.

Pressed later in the press conference he said that while Trump's policy has in some cases done the country a lot of good, but added he felt it might be time to "tone it down" when it comes to "style."

"Our country is polarized right now it's kind of shirts and skins isn't it," Portman said. "That makes it more difficult to find that common ground because elected officials aren't rewarded for that."

"Both the Republican conference and the institution as a whole will be worse off when Rob departs," McConnell wrote in a statement.

Sen. Lindsey Graham, R-S.C., in a tweet, called Portman's imminent departure a "major blow" to the Senate and Republican Party.

Portman did not endorse a specific candidate to replace him, instead citing the broad depth of possible Republican candidates in Ohio, and said he was announcing now to "allow whichever Republicans choose to run plenty of time to gear up for a statewide race."

On impeachment, Portman's stance does not seem to have migrated to side with Democrats despite the new announcement.

"It's going to happen and as a juror I'm going to listen to both sides, that's my job," Portman said.

He raised concerns about the constitutionality of the trial and said he'll be considering what will be most healing for the country as he considers his vote.

"As I look at the Constitution it says that impeachment is for removal and keeping someone from running for office again, not or," Portman said. "So I want to hear those constitutionality arguments that is a serious issue. I am going to consider among other things what's best for our country to help heal our country."

He confirmed that he had spoken to the Biden administration on COVID-19 relief this weekend and that he was advocating for a more targeted package with focus on funding for vaccine production and distribution -- indicating he joins some of his Republican colleagues in having concerns with the cost of Biden's proposal.
Report a correction or typo
Related topics:
abc newsnational
Copyright © 2021 ABC News Internet Ventures.
TOP STORIES
Jelani Day's family looking for answers after ISU student found dead
CPD add extra patrols at several schools after threats
Video released of incident between cop, Black woman at North Ave Beach
3 dogs found safe after doggie daycare transport van stolen
Slain woman Gabby Petito's boyfriend indicted for bank fraud
Chicagohenge: What it is and how you can see it
Delta calls for 'no fly' list for unruly passengers
Show More
Elizabeth Holmes trial updates: Former US defense secretary testifies
Cook Co. sheriff sends officers to Chicago to help fight crime
CDC endorses COVID booster for millions of older Americans
Chicago Weather: Cool start, clear skies Friday
Home that inspired 'The Conjuring' movie for sale for $1.2M
More TOP STORIES News