EAST CHICAGO, Ind. (WLS) -- An Indiana Department of Transportation official said a concrete barrier was moved before a car went off the edge of a demolished bridge, according to a report. A Chicago woman was killed in the crash.

Zohra Hussain, 51, died after her husband, Iftikhar Hussain, 64, drove off the ramp to the old Cline Avenue Bridge in East Chicago, Ind. The bridge has been out of service since 2009.

Police were investigating how the 2014 Nissan Sentra made it past several barriers before plunging 37 feet Saturday morning. Police said the victim's husband may have been following GPS navigation.

The Northwest Indiana Times reports a barricade sign and a concrete barrier had been moved out of the way. INDOT said the barrier is heavy and would have been difficult to move by hand.

Zohra Hussain was killed when the car burst into flames.

Her husband was able to escape. Iftikhar Hussain was transported to Methodist Hospital Northlake in stable condition.

Construction of a new bridge over the Indiana Harbor and Ship Canal is scheduled to begin this spring. 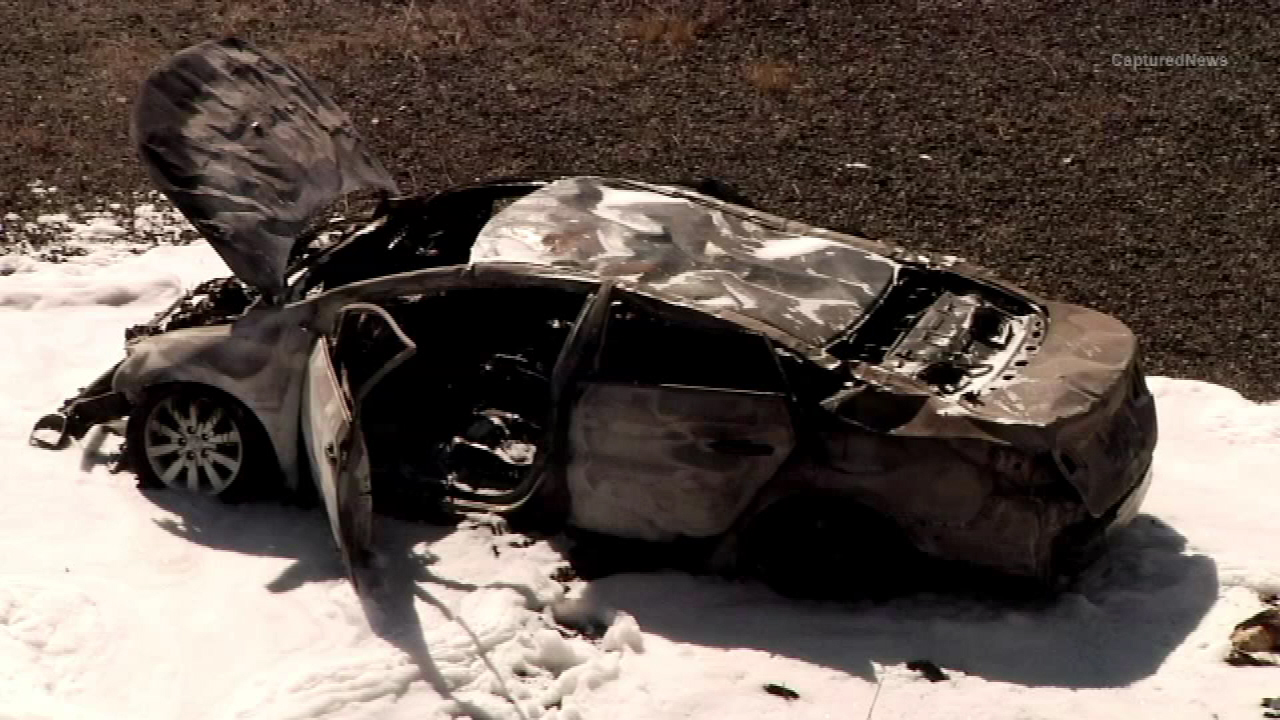 Cops: Driver may have been following GPS in East Chicago crash off bridge that killed wife