Witness positively identifies a suspect in shooting of Hadiya Pendleton 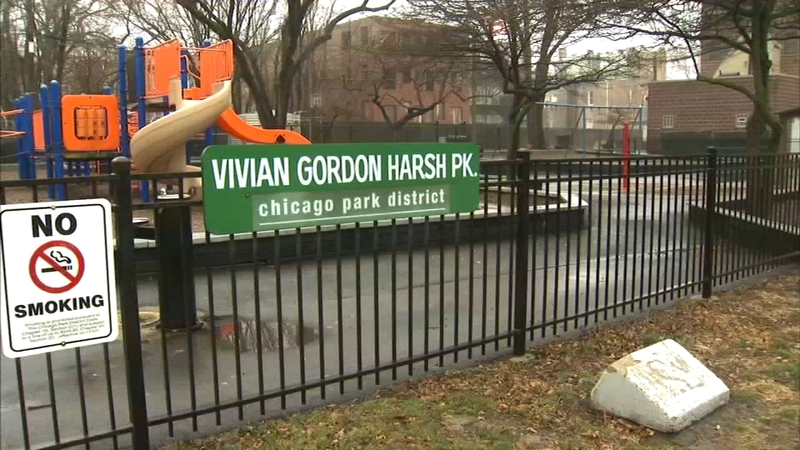 CHICAGO (WLS) -- For the first time, a witness was able to positively identify one of the suspects during the third day of trial of two Chicago men charged with killing 15-year-old Hadiya Pendleton.

Two reputed gang members, Kenneth Williams and Mickiael Ward, are accused of shooting into a group of teens at Harsh Park in Chicago's Kenwood neighborhood in January 2013, killing Pendleton.

Stephen Abdul was one of the teenagers with Pendleton that day, celebrating the end of final exams at King College Prep High School. He positively identified Ward during his testimony Thursday.

Some of the witnesses the jury heard from were also injured in the shooting.
RELATED: Opening statements heard in Hadiya Pendleton murder trial

"When we got a little bit away, Hadiya said she thought she had been shot," said Hadiya's friend Danetria Hutson. "She slumped in front of me and put her on my lap. I tried to find the bullet wound, but I couldn't."

Another friend, Lawrence Sellers, was shot in the calf that day.

"We was all panicking," he said "We were trying to get her to respond and I checked my wound."

"I felt like I had a rock in my shoe, but not time to deal with that, so I kept running," he said.
There were several oddities during the third day of trial: during the final witness' testimony, as he was identifying Ward, the judge took a sudden recess and deputies appeared at the door. The court was told it was unrelated and the trial resumed.