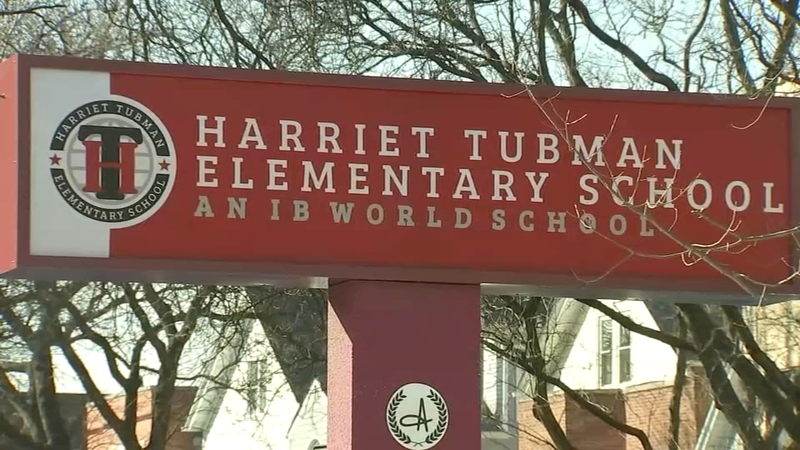 CHICAGO (WLS) -- Chicago Public Schools celebrated a first for the district Monday: a new name for one of its schools. What was Agassiz Elementary in the Lakeview neighborhood is now named after Harriet Tubman.

Tubman, who was formerly enslaved, is known for her bravery that helped hundreds of other enslaved people escape by using the Underground Railroad.

"Having her as a new name of our school shows that our school is a place for good people to thrive and develop," student Brooklyn Rodgers said.

A school assembly officially commemorated the new era with a little razzle dazzle from the students. And it was the students who had a prominent role in pursuing the name change.

"We wanted to make sure that this was not about policy or adults making decisions," CPS chief equity officer Maurice Swinney said. "We have said student agency is important."

The previous namesake, Louis J. Agassiz, was a Swiss American biologist who promoted racist ideologies. There had been a push several years ago to rename the school, but efforts were renewed after the murder of George Floyd. Students paved the way for the name review process. They were front and center in researching other choices and lobbying for the change with the school board.

"You not only learned but you modeled what it means to confront falsehood, oppose racism, cultivate inclusivity and empathy," said Mira Weber, deputy chief at Network 10.