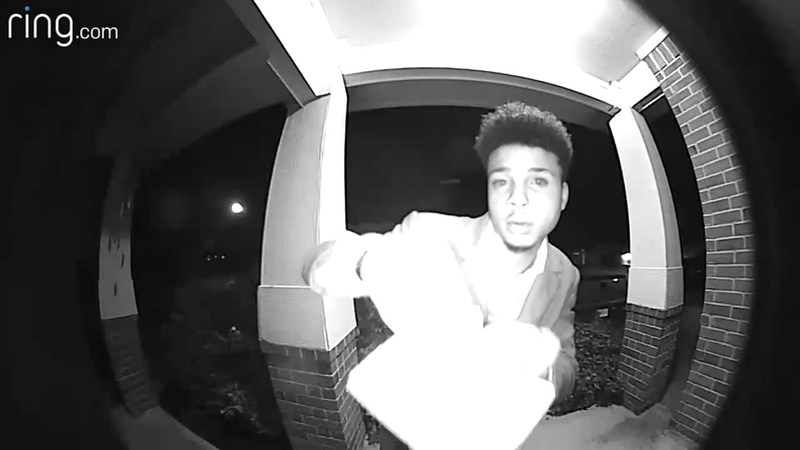 TOMBALL, Texas -- A man who claimed on video to being a Harris County deputy constable has been charged with impersonating an officer.

Investigators say in reality, the man's name is Lance McClendon. He is accused of ringing Priscilla Wood's doorbell Sunday night.

"We were at the grocery store and my doorbell rings at 8:45 at night time, so I answered it from my phone," said Wood, who could be heard on the video asking McClendon questions.

"From where," she quizzes him. "Like what constables office?"

"I really can't speak on it, but if she isn't at this address, I really can't talk to you about anything," McClendon is seen saying on video.

Wood and her husband realized right away something was wrong and continued to talk to McClendon through the video doorbell until they came home. On the video, you can see actual Precinct 4 deputy constables showing up at the home. A short time later, McClendon was arrested.

News about the suspect approaching houses and knocking on doors spread quickly among other homeowners.

"It's terrible because I have grandkids who are running around here all the time - 8 and 6 years old," said Loree Wiley, one of several neighbors who heard about the incident. "Who knows what he was really up to?"

"Had I been home, had I opened the door to see what he's doing, saying he's a cop, what would have happened?" asked Wood.