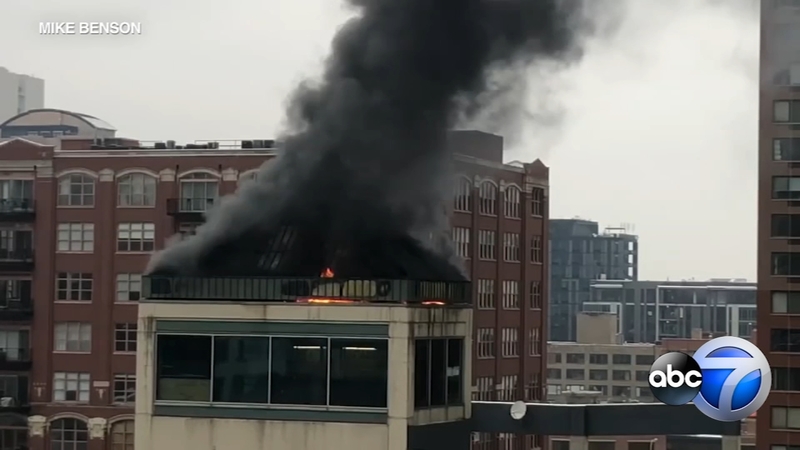 The fire broke out at the top of the 10-story parking garage where workers were doing work on the structure, located at North Orleans Street and West Hubbard Street.

The identities of the victims were not immediately released. The worker who died was pronounced dead at the scene. Two workers, ages 50 and 57, were taken to Northwestern Memorial Hospital and two other workers, ages 39 and 51, were taken to Stroger Hospital. All four were in critical condition, according to the Chicago Fire Department.

At about 1:40 p.m., the Chicago Fire Department tweeted that a still-and-box fire had broken out at the structure. The Chicago Sun-Times reported that the building is The Mart Parc Orleans Self Park at 437 North Orleans Street.

Witnesses said they saw workers jumping 10-12 feet onto the top of the parking garage.

The Chicago Sun-Times Media Wire contributed to this report.

A fire broke out at the top of a 10-story parking garage in Chicago's River North neighborhood.