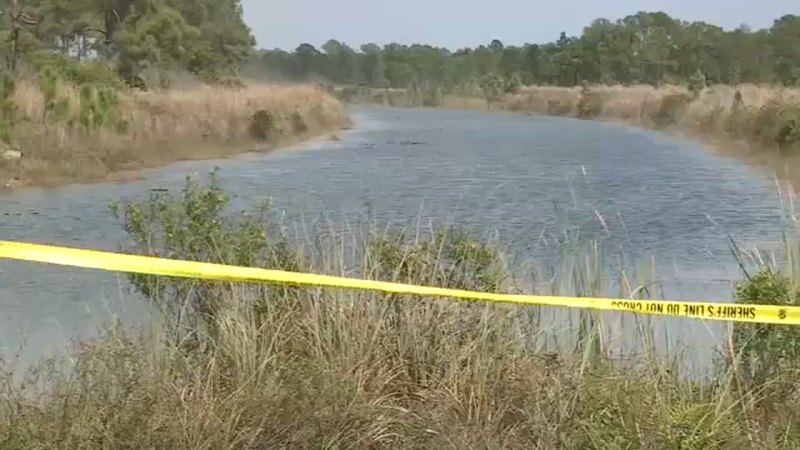 INDIANTOWN, Fla. -- Detectives in Florida are investigating after a woman saw what she believed was a human arm inside an alligators mouth.

The Martin County Crime Scene Detectives searched an area inside the Hungryland Preserve Thursday after the remains were found near a canal filled with alligators on Wednesday.

"She was out here doing her job and she saw what she thought was an alligator in the water, in this body of water to my right, with what looked like to her to be a human arm," said Martin County Sheriff William Snyder.

The sheriff said the Florida Fish and Wildlife Conservation Commission then searched the area and found what the alligator was holding.

"They actually did find, not far from where we are standing, a human arm," Snyder said.

At that point, the sheriff's office took over the investigation and found what appeared to be even more human remains Friday. He said it appears none of the human remains found were out here for very long by the time they were discovered.

"We have to work through all of the possibilities. Were these human remains that were dismembered prior to being brought out here? Or is what we are seeing the result of animal predation, that being an alligator,' Snyder said. "We are treating this as a homicide investigation. We can't rule out the possibility that somebody fell in the water and died of natural causes out here but it doesn't look like that to us."

Martin County Fire Rescue had dive teams going through the canals looking for more possible human remains, as well as marine patrol and helicopters searching the area. However, the landscape and the wildlife are making for treacherous search conditions.

"This is thousands of acres and lots of animals and it is going to be a real challenging task for us," Snyder said.

On Friday, the Martin County Sheriff's Office announced that the arm, hand and part of a leg are believed to be those of 42-year-old Dustin Davis Mills of St. Lucie County, Florida, WPBF reported.

The medical examiner was able to determine the identity using fingerprints from Mill's hand which investigators say was found near "a large alligator that was guarding the body part."

Detectives suspect that Mills was the victim of a homicide, as his remains present evidence of being dismembered with a sharp instrument.