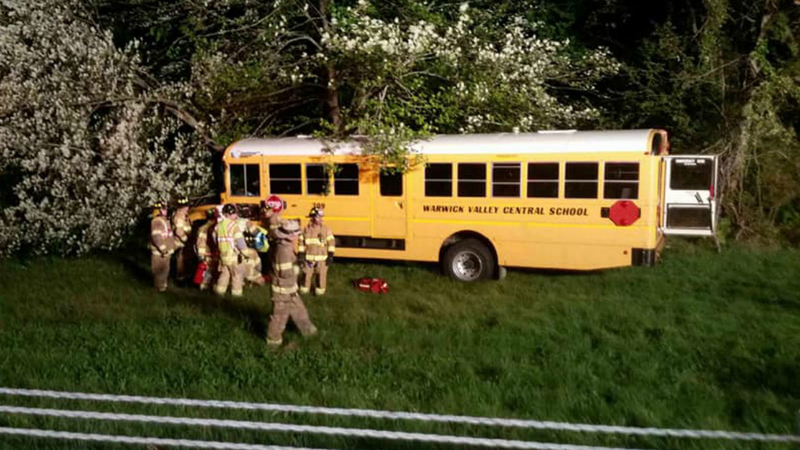 MAYBROOK, New York -- Students in New York came to the rescue of their bus driver who crashed into a tree after suffering a medical episode.

The incident was reported on Friday just before 8 p.m. on Interstate 84.

Twenty-five students were on board the bus when it crashed into a tree after the driver became unconscious and stopped breathing.

Students administered CPR before first responders arrived to the scene and took over.

It is not yet clear what school the students belonged to or where they were going at the time of the wreck.

The driver's condition is not yet known.