IL, US brace for possible unrest leading to Inauguration Day

Illinois State Capitol fortified as National Guard responds across country
WLS
By Cate Cauguiran and Liz Nagy
CHICAGO (WLS) -- Law enforcement officials across the country are on alert in the days leading up to President-elect Joe Biden's inauguration.

There are several pre-inauguration protests and rallies scheduled for this weekend in Illinois, including one in Chicago's Lincoln Park neighborhood.

Thousands upon thousands of military men and women and police officers are now safeguarding the nation, protecting cities and state capitals.

Law enforcement officials across the state are gearing up for possible unrest in the days leading up to President-elect Joe Biden's inauguration.

The National Guard is lining up in DC and being deployed to many other state capitols, including Springfield, as federal authorities have new concerns about the extremist threat between now and Biden's swearing-in on Wednesday.

At the Illinois State Capitol in Springfield Tuesday, board-up crews installed plywood over the windows to protect against possible attackers.

WATCH: Illinois State Capitol boarded up ahead of Inauguration Day

At the Illinois State Capitol in Springfield, board-up crews installed plywood over the windows to protect against possible attackers.

However, all was quiet Sunday in Springfield as the National Guard pulled up the road blocks that had been put in place as a precaution.

A drone deployed to keep a Birdseye view for any potentially unruly crowds instead buzzed over an empty street.

A sole, masked counter-protester waved a flag on the Capitol steps.

"As an organizer here in town, we told our side to stay away," said activist John Keating with Education and Action Together. "We didn't want anyone to incite the potential crowd that would be down here and for everybody's safety we asked them to stay away."

However, there was no protest or protesters to oppose.

"I think the fact that nobody showed up [Sunday] shows that what they're here for isn't something that is actually of value," Keating said.

The commander of the Illinois National Guard overseeing a temporary deployment in Springfield has another theory.

"Some people probably saw things get out of control in D.C. and don't want to see that happen across the nation," said Major General Rich Neely.

Guardsmen and women monitored checkpoints and set up a secure perimeter around the Capitol building.

The visible military presence on the streets of Springfield and other state capitols was an intentional signal and appears to have been an effective one.

"I think the upsurge in security around the state and nation as we've seen in D.C. with the National Guard supporting law enforcement has been a key factor," MG Neely said.

"What we're being told by the FBI is that they are monitoring internet chatter, and there's, there's no specific threat. But there's certainly information, floating around out there that concerns us. So we're monitoring that we continue to work together, sharing all the intelligence that we can. And, and make sure that we're prepared for the worst-case scenario," he said.

"What we've heard is what was put out by the FBI earlier in the week, you know. All 50 of the state capitols, there are threats against the 50 state capitols," said Major Gen. Richard Neely, Illinois National Guard commander.

The weekly Save the State demonstrators, unrelated to any election unrest, asked their usual crowd of a few hundred to stay home.

"We want the people of Illinois to know that groups ours representatives advocates for the state are peaceful people," said Ashely Ramos, Save the State.

Ramos opposed any kind of violence but said what happened in Washington came from deep frustration.

"I'll be honest with you. I thought that it was very sad that our Congress, the United States Congress, did not look at themselves and say, 'We've had people advocating for almost a year that they want us to make sure that they feel comfortable with an election, and we denied that, and we're so against transparency that they felt so desperate they would do something like this,'" Ramos said.

Law enforcement believes threats across the country have amplified. In order to prepare for the threat in Illinois, 250 National Guardsmen and women were put in position at the state capitol to respond.

It is very possible the guardsmen and women could be seen walking down the streets in Springfield, according to the Illinois National Guard commander. He also added that there are no specific threats against the Illinois capitol.

There are 250 Illinois National Guard troopers deployed to the Capitol complex and downtown Springfield.

"There is a general threat that, that there will be, you know, there are flyers that have been put around the internet to have armed protesters show up at all 50 state capitols. ... And that's why I want to make sure that we have got the National Guard out there, we've got state police, local police, as well as federal coordination," Gov. JB Pritzker said.

The Michigan National Guard was also activated, and the state capitol in Lansing has been boarded up, as well. Michigan is among the contested presidential states at most serious risk for a violent armed attack, according to authorities. Illinois is not among those.

The most significant concern remains Washington, D.C., where Biden will be sworn in on Wednesday.

The Pentagon confirmed that 25,000 National Guard members are being put in place there - and that includes several hundred from Illinois.

Currently, the National Guard is not being deployed to Chicago. The head of the city's Office of Emergency Management and Communications said Chicago plans to activate its Emergency Operations Center at OEMC headquarters only on Inauguration Day - as of the moment.

"Wednesday is a high-profile day for our country. And it's something that we're we're keeping an eye on and realize that it is high-profile. Right, we have plans in place, we have escalation plans if need be, in any given time whether it's today, tomorrow or through Wednesday, obviously," said Rich Guidice, the executive director of OEMC.

With what some extremist groups are calling a "Week of Siege," there are some 51 protests scheduled in D.C., including three expected to be violent, according to federal law enforcement bulletins.

In a new alert, the FBI warns of a specific danger to the public and law enforcement officers from explosive devices during upcoming protests.

And in a new alert, the FBI is warning of a specific danger to the public and law enforcement officers from explosive devices during upcoming protests. The FBI calls that risk "substantial."

The national security organization has been circulating photos of the improvised explosive devices that have been seized from radical suspects the past eight months across the U.S., including a type of firework launcher the FBI says is much like the one used to torch a Chicago police vehicle on State Street during rioting last May.

They are devices local law enforcement agencies are now keenly aware of.

"We are always monitoring for something like that. Certainly, our secretary of state bomb squad and the, the dogs do constantly sweeps of the Capitol, and anytime we get any type of intelligence that says anything could happen, we begin those types of sweeps so we're also including that right now in our plan," said Campbell.

The Sangamon County sheriff, along with Chicago and state officials, said there are no credible threats against any building, person or entity in Illinois. But, the Capitol attack Jan. 6 that started all of this came without a public warning from authorities and law enforcement leaders, and experts admit it's what they don't know that has them most concerned.

Along Chicagoland expressways Saturday the FBI was asking for help identifying suspected bad actors who might be plotting some type of violent incidents, somewhere, at some time the next few days. 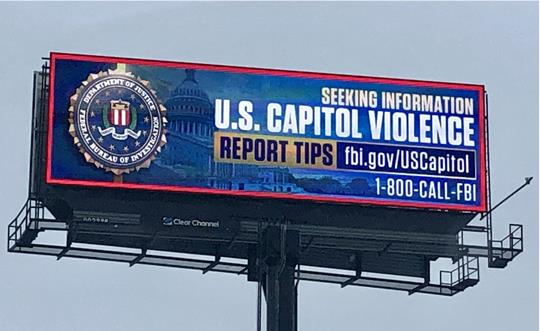 Billboards were posted Saturday along Chicagoland expressways seeking information on US Capitol violence.

Suburban Chicago police are having to re-brand the "see something, say something" plea, that for 20 years has applied to potential foreign terrorist threats after 9/11. As the ABC7 I-Team reported, the FBI has now implored local police to ask residents for information on "U.S. Capitol violence" during the siege last week, even if it means snitching on family members.
Report a correction or typo
Related topics:
washington d.c.springfieldillinoischicagolincoln parkpresidential inaugurationnational guardriotprotestus capitoljoe bidenfbiu.s. & worldrallysecurity
Copyright © 2021 WLS-TV. All Rights Reserved.
PRESIDENTIAL INAUGURATION 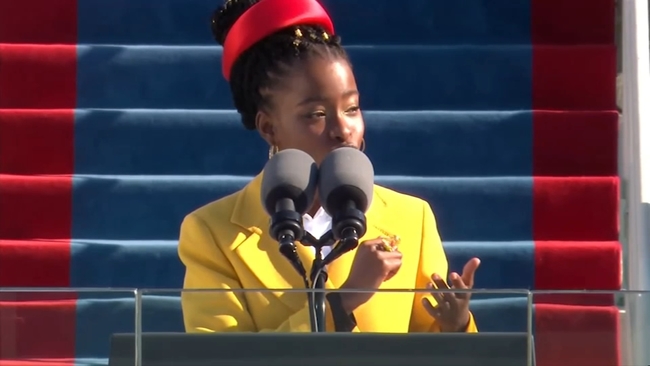 Amanda Gorman, in a first, brings poetry to Super Bowl

NOT REAL NEWS: A look at what didn't happen this week
More Videos
From CNN Newsource affiliates
TOP STORIES