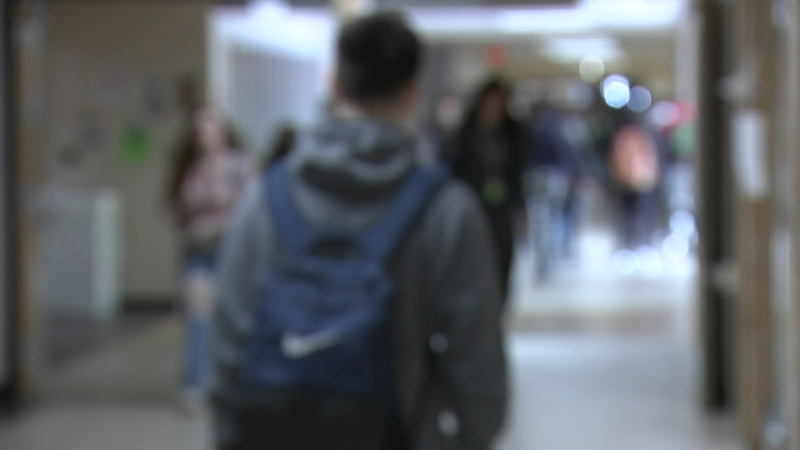 Earlier this month, a judge in Sangamon County issued a restraining order that forced those school districts involved in the lawsuit to suspend their mask mandate.

What followed was a great deal of confusion, prompting many other districts to go mask-optional in response to parent and student pressure. The mandate remained in place in Chicago Public Schools due to a labor agreement.

Despite a legislative committee's vote on Tuesday not to renew a mask mandate rule implemented by the Department of Public Health, the governor insisted yesterday that the mask mandate remained in place for schools not involved in the lawsuit.

Lockport Township District 205 Supt. Bob McBride said he won't be rushed into putting a mask mandate back in place.

Some argue that the legislative committee's action means wearing masks inside the classroom is now up to local school districts.

The appellate court is now seeking clarification from attorneys about the significance of the Joint Committee on Administrative Rules decision.

"I think it makes it much more difficult for the governor to prevail, on the question of the mask mandates," said ABC7 Legal Analyst Gil Soffer. "If the committee says that the rules are off the table, first of all, I don't know how the governor overcomes that. Second of all, the court may view the issue as moot because now there are no rules in play. That's one of the questions the court I'm sure has been considering in the last 24 hours."

The governor said lawmakers have not stripped him of his legal authority to require face coverings schools.

He insisted his school mask mandate remains in place for those districts that are not part of a lawsuit that is challenging the mask requirement.

Meanwhile in Springfield, House members voted to remove nine Republicans who defied rules of the chambers requiring masks while on session, but not without some debate that got heated at times.

Some Republicans said Pritzker is to blame for this classroom mask confusion. The debate has prompted walkouts in numerous school districts and pushed other districts to go mask optional.

With the appellate court seeking clarification from attorneys about the significance of the legislative committee's decision, Attorney Tom Devore wrote that without the rule, the governor's executive orders "are merely hollow policy directives."

"When it gets to the point where school districts or citizens say, 'Sorry, Governor, your executive orders, we are not going to follow them.' The governor really has no ability to enforce any of that because the law doesn't provide any remedies," Devore said.

The Attorney General in his brief contended that the JCAR ruling "does not substantially affect the pending appeals."

What happens next in court can potentially affect schools statewide, even those that already lifted their mask mandates, adding to the frustration.

"If a school district independently came to the decision that a mask mandate was appropriate, that would be permissible," Soffer said. "What this judge was targeting and forbidding were mandates that school districts issued because of the governor's mandate, as opposed to doing it independently."

But the question on the minds of most folks right now is: can you even put the genie back in the bottle?

One hundred and forty-six districts were named in the lawsuit that resulted in the TRO being issued in the first place. Of them, dozens have already gone mask optional - as well as many, many others that were not named.

With parent and student protests and walkouts occurring at many that initially resisted doing so, one district that took its time before deciding to go mask optional earlier this week is Lockport Township 205.

Supt. Bob McBride said even if the restraining order is overturned, he won't be rushed into putting a mandate back in place. He called on the governor to allow local school boards to make their own decisions based on their particular health metrics.

"There has to be some understanding by the courts, by the governor, by all the agencies that interact with us, that we need time," McBride said. "We're asking for their time and patience, just like they're asking for the community's time and patience, if we're making decisions as serious as these decisions. Everyone wants to simplify them, and make them easy, and they're anything but."

Meanwhile, in Westmont where masks are still required in the district, a group of parents who want to go mask optional regardless of the appellate court's decision are getting ready to rally ahead of a school board meeting Thursday night.

It is clear that, no matter what happens at the appellate court level, this is not the end of the discussion. And in fact, now that masking is expected to be lifted for most businesses on February 28, Gov. Pritzker is expected to provide further details for how schools should approach the issue in the coming days and weeks.