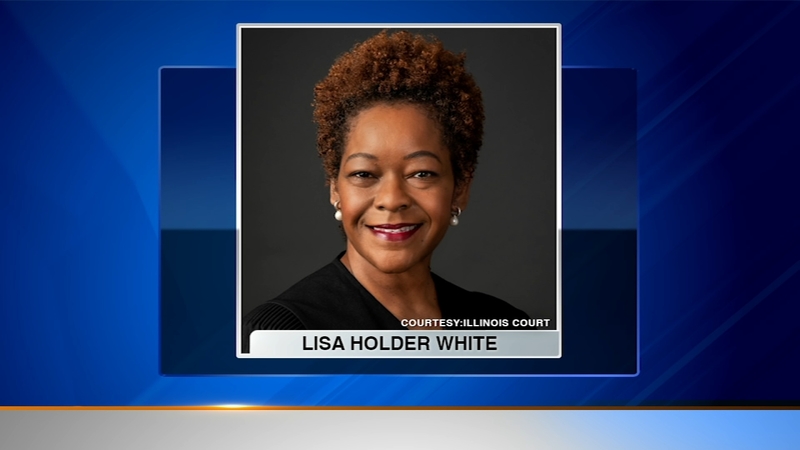 Justice Rita B. Garman said she will retire from the Illinois Supreme Court effective July 7.

"There is no doubt that I have had the role of a lifetime, a privilege to serve the people of the state of Illinois as a member of the court system at every level," Garman said. "But this is the right time for me to step back from my public role and allow someone else to assume this all-important position. Thank you for the opportunity to serve the citizens of Illinois."

"No words can describe her loss," said Chief Justice Anne M. Burke. "However, she has provided hope for the future by nominating for her replacement a wonderful woman who will be able to step right into her shoes. It is a pleasure to welcome Justice Holder White to the Court."

Holder White will replace Garman this summer. Her term is effective July 8, 2022 through December 2, 2024.

"Being appointed to the Illinois Supreme Court is the honor of a lifetime. I am humbled by the confidence Justice Rita B. Garman and the entire Court have placed in me," Holder White said. "My service to the judiciary for the past 21 years has helped prepare me for this historic moment. I look forward to the privilege of resolving matters my fellow citizens bring."

Holder White was sworn in as an associate judge in the Sixth Judicial Circuit in 2001, making her the first Black judge in the circuit. The Illinois Supreme Court appointed Holder White to fill a circuit judge retirement vacancy in 2008 and was elected to the position in 2010. Holder White was sworn in as the first Black justice on the Illinois Appellate Court, Fourth District, in 2013 and was elected to the position in 2014.
Report a correction or typo
Related topics:
politicsspringfieldcourtjudgestate politicssupreme courtlawspoliticslegalrace in america
Copyright © 2022 WLS-TV. All Rights Reserved.
SUPREME COURT
Ban on protests in front of homes signed by FL governor
Supreme Court sides with Sen. Ted Cruz in campaign finance case
NE gov. to call session to pass total abortion ban if Roe overturned
5 myths about abortion and what the facts show
TOP STORIES
Security guard shoots man in buttocks at Millennium Park
Chicago mass shooting victim ID'd as father of 2, with twins on way
Teen boy's death after scam is part of increase in 'sextortion': FBI
At least 1 dead, 44 injured after tornado strikes northern Michigan
9 shot, 2 fatally, on Near North Side
Roz Varon's Weekender Report
Chicago Weather: Occasional showers, thunder Saturday
Show More
BARK returns to the park to support dogs in need
Russia's claim of Mariupol's capture fuels concern for POWs
2 robberies happen 1 day apart at CTA bus stop on South Side: police
US, South Korea open to expanded military drills to deter North
3 wounded in separate shootings on South Side, Chicago police say
More TOP STORIES News