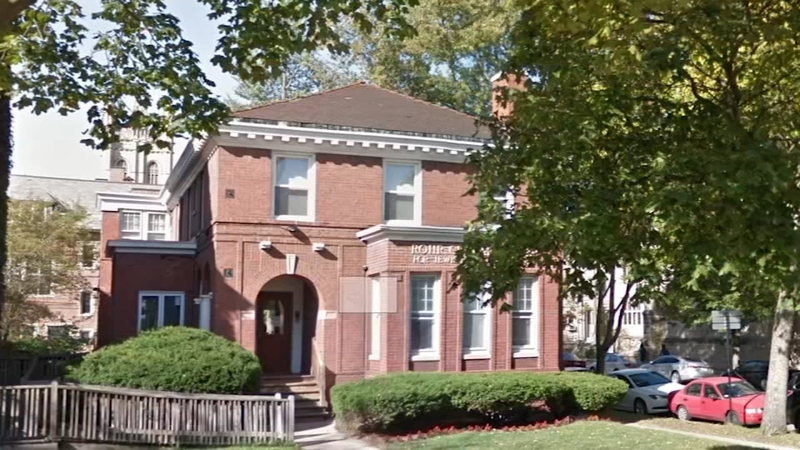 CHICAGO (WLS) -- An Iranian-American man was arrested in Chicago in connection with an alleged bizarre spy plot that may have targeted some members of Congress, the ABC7 I-Team has learned.

The Justice Department on Monday released details of what they vividly describe as an Iranian government plot to identify and eliminate political opponents in the U.S., a plot that could put other Americans at risk.

Two men with Iranian ties have been charged. The arrest in Chicago occurred 10 days ago and details emerged on Monday.

Federal authorities said Ahmadreza Mohammadi Doostdar, 38, had the Rohr Chabad Center in Hyde Park and other Jewish organizations under surveillance. They said he was taking photographs of security at the facilities.

In a federal complaint, unsealed Monday in Washington, Doostdar was charged with operating illegally as a foreign agent with a second man, Iranian national Majid Ghorbani, who was arrested in Los Angeles. Ghorbani, 59, has already been transferred to Washington, D.C., and has a court hearing scheduled for Tuesday morning. Such a speedy transfer across the U.S. has indicated to some court observers that he may be cooperating with authorities.

Beginning in March of 2017 the men allegedly worked as foreign agents, "in order to conduct covert surveillance on and to collect information from and about the Mojahedin-e Khalq (MEK) and Israeli/Jewish groups, and to provide this information back to the Government of Iran" the complaint states. Federal investigators said the information would then be used by Iran "to target these groups."

The government of Iran considers MEK to be a "primary opponent of the current regime" according to prosecutors who say they have continuously advocated for the overthrow of the government there. The Iranian government has "sought to eradicate the MEK," U.S. agents said.

The court filing doesn't name individuals who were to be targeted, but information about "several U.S. Congressmen who have overt ties to the MEK" was found in a locked suitcase allegedly linked to the men.

Then, according to the government, "a target package would enable a neutralization plan, which may include apprehension, recruitment, cyber exploitation or capture/kill operations."

In one scene described in the complaint, federal agents followed Doostdar to the University of Chicago Oriental Institute and Museum. Agents describe how he proceeded through the museum in an unusual fashion.

"Examples of tradecraft employed by Doostdar include changing his clothes before each meeting, visiting meeting locations prior to the actual meeting, and arriving and departing from each meeting in a circuitous manner," reported an FBI agent who is involved in the case. He said that Doostdar was also checking whether he was being surveilled or followed.

The feds concluded his actions were to gather intelligence on possible targets of a neutralization plan, which might include a capture/kill operation.

Chicago attorney Tom Durkin represents Doostdar and told the I-Team, "It's less than a coincidence that these charges come on the heels of President Trump's new sanctions against Iran."

Doostdar is in the MCC federal lock-up in Chicago. He has a court hearing on Wednesday. Attorney Durkin said they will strenuously contest this case and what he calls "the political motivation behind it."

Rabbi Yossi Brackman, director of the University of Chicago Chabad Jewish Center, told the I-Team Monday evening that the center has "a variety of security procedures in place."

"We take this very seriously," he said.

He said he was not aware that the center was specifically surveilled by one of the defendants.

Doostdar was born in California in 1980 but lived in Iran the past 35 years according to authorities. They say he had been in Chicago visiting his brother, who is a University of Chicago professor. He told authorities that the six thousand dollars in cash he was carrying when coming into the country was to repay his brother for all of his expenses.
His brother declined to speak with the I-Team and has not been charged with anything in connection with this very unusual case.

Durkin said Monday that indictments have been filed in the case, eliminating his request for a preliminary hearing where the government would have to detail some of its evidence. The Washington, DC indictments were not publicly available as of Monday evening.