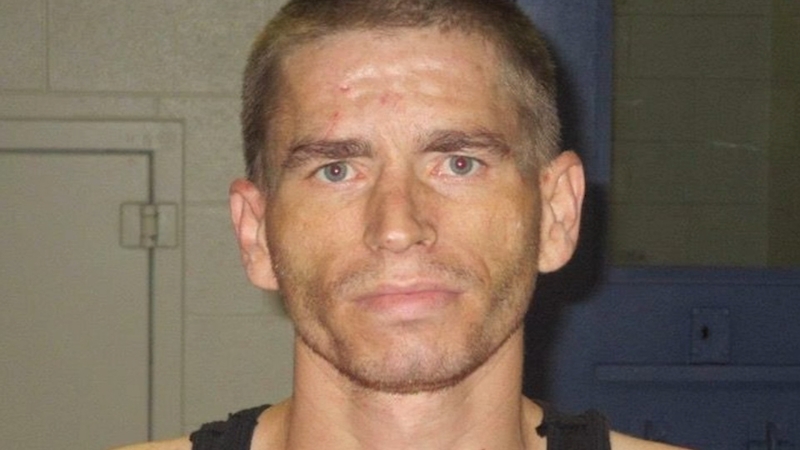 LAKEMOOR, Ill. (WLS) -- Their lives crossed in a random and wicked way.

Kenneth Martel, 36, a man with a rich history of public drunkenness and petty crime.

And Theodore Garver, just days from his 89th birthday, a retired attorney living out his life in the Pennsylvania countryside.

Investigators say what started as a home invasion by Martel, ended with the octogenarian stabbed and slashed and his body dumped in a nearby pond.

As random crimes go, it doesn't get much worse.

Although public records do not reveal that Martell has any links to Illinois, Lakemoor officers on Thursday found him in his car parked on a gravel back road in their village, a town of only 6,000 residents about 500 miles from the murder scene.

The silver KIA was the same one that Pennsylvania authorities had cited in alerts following Monday's murder there, license plate KHL-4596.

"It's shocking and it's dreadful" the victim's son, Ted Garver told ABC-TV affiliate WJET in Erie, Pennsylvania. "At 89 this Sunday, you never knew when something was going to happen, but this isn't what you would expect would happen."

According to a criminal complaint in Pennsylvania, after stabbing Garver, Martell then forced three people at gunpoint to help him transport the body to a nearby pond---where troopers say the corpse was dumped. They recovered the body from the pond. Authorities say two of the helpers were Martell's mother and her boyfriend.

Garver's family said since he moved to from Cleveland, they considered it a safe place until the home invasion on Monday.