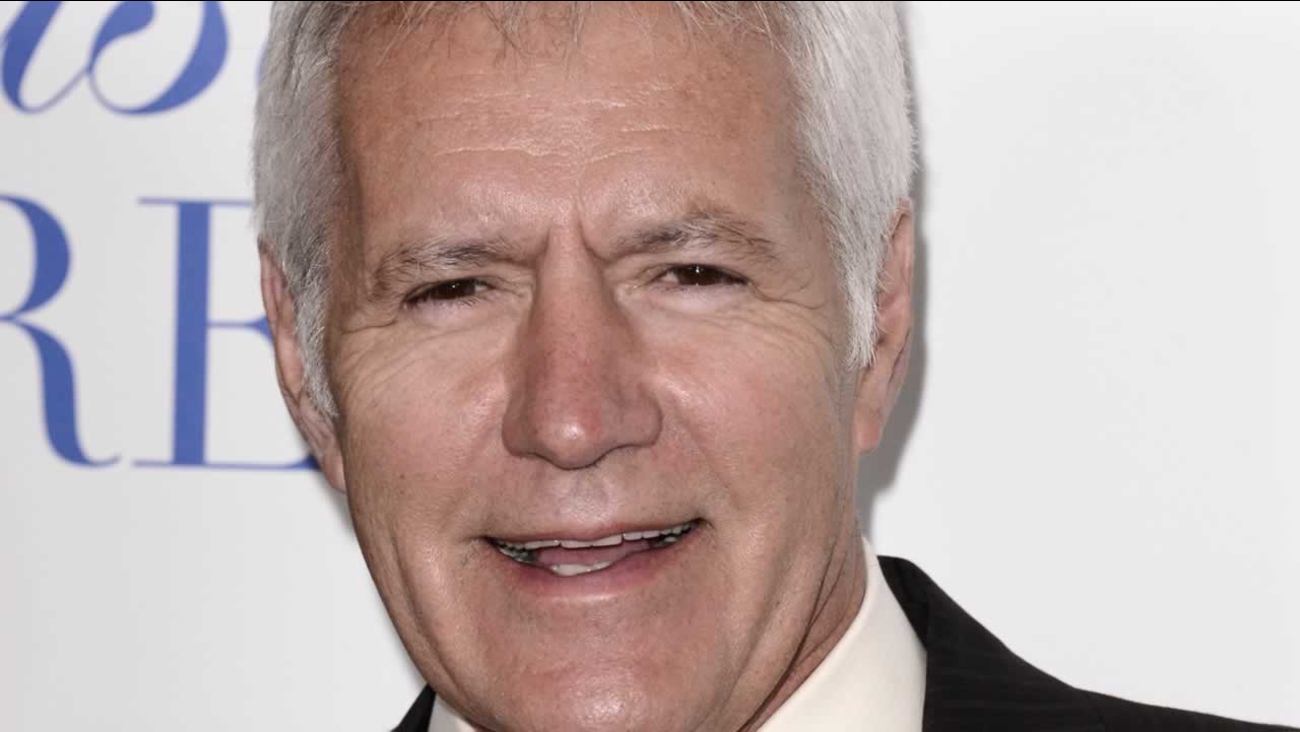 Alex Trebek arrives at the 19th annual "Taste For A Cure" at the Beverly Wilshire Hotel on Friday, April 25, 2014, in Beverly Hills, Calif. (Photo by Dan Steinberg/Invision/AP)

Trebek, 77, was diagnosed in mid-December with a condition known as subdural hematoma, a complication from hitting his head in a bad fall in October, he said. He underwent surgery the following day.

"After two days in the hospital, I came home to start recovery," Trebek said in a video posted to the game show's website. "The prognosis is excellent, and I expect to be back in the studio taping more 'Jeopardy!' programs very, very soon!"

"He is expected to make a full and complete recovery," the post states, noting that because the show tapes months in advance, its broadcast schedule will be unaffected except for its College Championship, which will now air in April.

Though the iconic host said he suffered a "slight medical problem," a subdural hematoma is considered "among the deadliest of all head injuries," according to the US National Library of Medicine.

It is a blood clot on the brain's surface beneath its outer covering, called the dura. It usually results from severe head injuries but can be caused by minor injuries as well and can go unnoticed for days or weeks.

In severe cases, blood could fill the brain "very rapidly" and lead to death. Many older adults, who are more susceptible to such injuries, experience slower, minor bleeding. Other factors that increase risk of developing such clots are taking certain medicines that thin the blood, long-term consumption of alcohol and repeated head injuries.

Slurred speech, headaches, problems with balance or walking and nausea can be signs of subdural hematoma.

Neither Trebek nor the show's producers said whether Trebek suffered any symptoms before his diagnosis.

Retired Houston Astros coach Rich Dauer, 65, recently recovered from a subdural hematoma after he slipped and hit his head the night before the team's World Series parade in November, according to Bleacher Report.

Dauer attended the parade but was later taken to a local hospital.

Here is a look at the life of Alex Trebek, longtime host of the game show "Jeopardy!"

Has won five Daytime Emmy Awards. He has also received one Peabody Award.

While reciting clues from musical categories such as "It's a Rap," Trebek has been known to spit rap lyrics.

Has toured with the USO 13 times.

Has made guest appearances on numerous shows, including "How I Met Your Mother," "The X-Files" and "Beverly Hills, 90210."

His favorite animal is the musk ox.

1990 - Wins the Daytime Emmy Award for Outstanding Game Show Host for his role on "Jeopardy!"

1998 - Becomes a naturalized US citizen.

2001 - Trebek shaves off his signature mustache.

2003 - Wins the Daytime Emmy Award for Outstanding Game Show Host for his role on "Jeopardy!"

2006 - Wins the Daytime Emmy Award for Outstanding Game Show Host for his role on "Jeopardy!"

December 2007 - Is hospitalized after having a mild heart attack.

2008 - Wins the Daytime Emmy Award for Outstanding Game Show Host for his role on "Jeopardy!"

June 19, 2011 - Receives the Daytime Emmy Awards' Lifetime Achievement Award for his 27 years as host of "Jeopardy!"

July 27, 2011 - Tears his Achilles tendon chasing after a burglar who had broken into in his hotel room in San Francisco.

2012 - Trebek and "Jeopardy!" receive a Peabody Award for "encouraging, celebrating and rewarding knowledge."

June 23, 2012 - He is admitted to Cedars-Sinai following a mild heart attack.

2013 - Trebek is inducted into the Broadcasting and Cable Hall of Fame.

September 2014 - After a 13-year hiatus, the Trebek mustache makes a triumphant return. "In 2001, I shaved my mustache on a whim," Trebek tells People magazine. "This year I had a two-and-a-half-month period where we were not taping a show, so I grew it back on another whim. I like to keep my life simple."