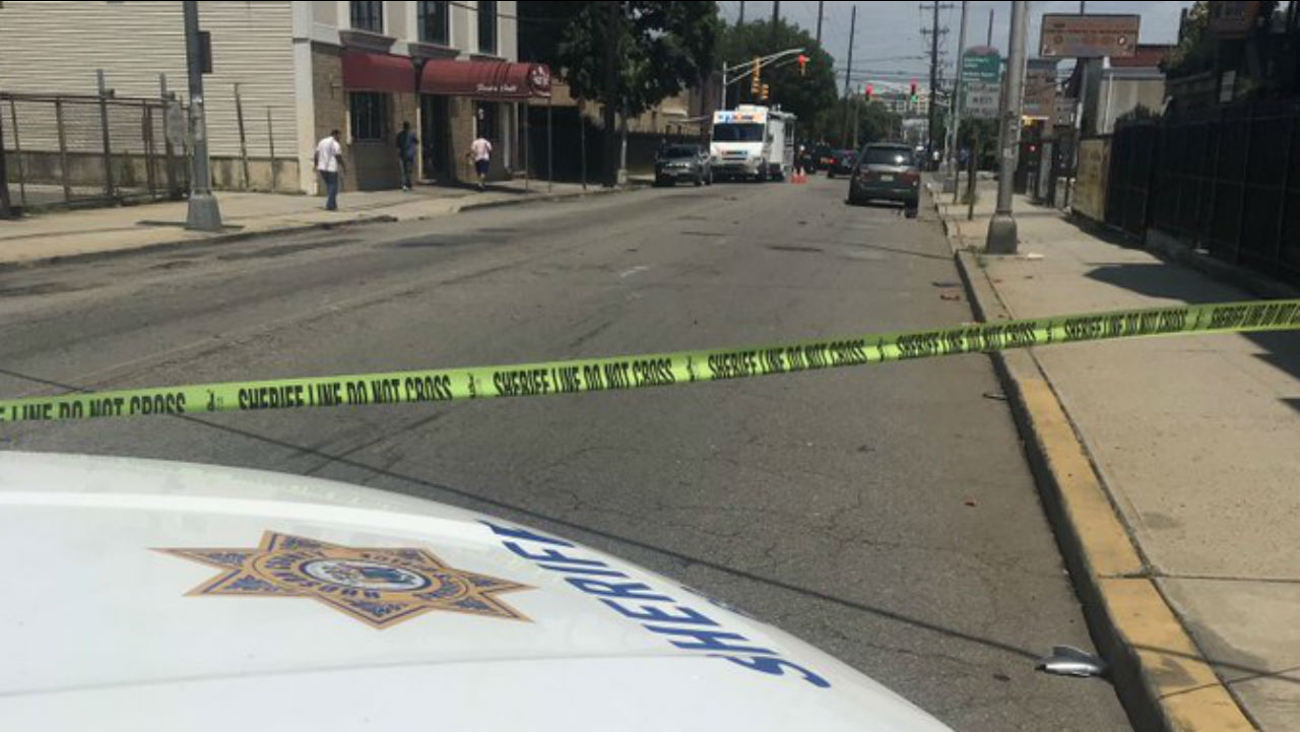 JERSEY CITY, New Jersey -- Police said two men are in custody Monday after they allegedly stole a car for a joyride and hit a pedestrian and several vehicles in Jersey City, New Jersey.

The incident was reported around 11 a.m. Monday.

Authorities said a 30-year-old female pedestrian was struck by the car. She was badly injured and taken to the hospital.

Then, a Citi Bike van was struck while a man was inside. He is said to be fine.

Further down the block, the men allegedly struck a van with two women and six children inside. Their conditions are not yet known.

Then, the suspects hit another car about a block further down.

The two men were arrested after a police chase.

Five to six blocks were blocked off on West Side Avenue immediately after the incident.

This is the car Jersey City police believe was stolen and used in a joy ride. @ABC7NY pic.twitter.com/ITDXNAuUcY