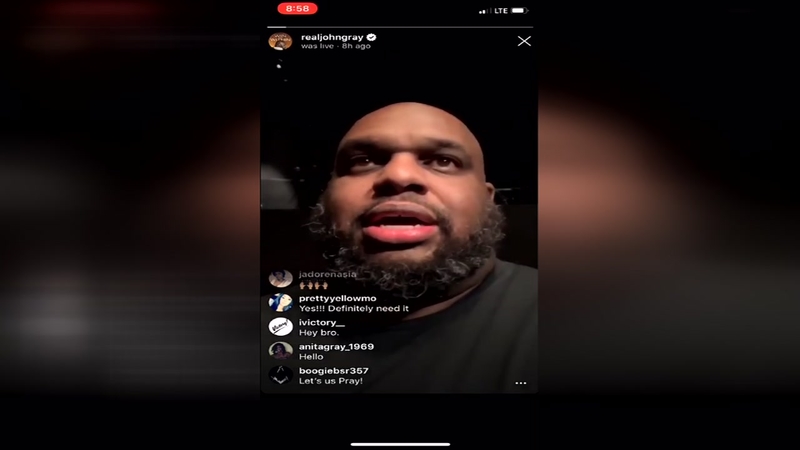 Pastor responds to backlash amid lavish anniversary gift to wife

GREENVILLE, South Carolina -- Pastor John Gray, who leads his own church in Greenville, South Carolina, and still preaches at Lakewood Church in Houston, is responding to people who criticized him for the lavish anniversary gift he gave to his wife for their eighth wedding anniversary on Dec.11.

In a video captured by R&B singer and actor Tyrese, Gray surprises his wife Aventer with a Lamborghini Urus. According to the Kelley Blue Book, the 2019 luxury SUV starts at $200,000.

Gray's wife screams when the vehicle is revealed as he is heard in the back saying, "You light my fire. Let this Lamborghini light your fire, baby!"

However, it appears that joy may have been lost in some of the comments from people who immediately questioned where the money came from to buy the vehicle, while others felt he was boasting.


On Thursday, the pastor addressed the matter in a 20-minute long Facebook live.

He explained how he wanted to honor his wife for how she has pushed for his dreams and walked with him throughout their relationship.

"First of all, it wasn't a pastor that bought the car. It was a husband that bought the car," Gray said in the video. "I'm a husband first. Don't confuse what I do with who I am. What I do is I pastor God's people. Who I am is a husband and a father and I'll do anything to honor them. And I won't ask permission from anybody to do it."

Gray continued saying that people don't know what they've been through. But he also answered one of the top questions many have had.

"What should concern people who are actually genuinely concerned is 'did this man use any money from the church to do this?' And the answer is no, absolutely not," he said.

He reiterated that no money from the church was used to pay for the vehicle.

Gray also talked about not seeing good examples of father figures when he was growing up and his promise to never become that in his own family.

Not all of the reaction to the gift has been negative. Some people have supported the Grays, asking why it's wrong for them to have the Lamborghini when they help others.

Others also mentioned that the pastor does have other forms of income, wise investments and that the public may not know the work they've done behind the scenes.

Aventer responded on Instagram, mentioning the different projects her husband is involved in, including six TV shows, one of which is a reality show on the Oprah Winfrey Network (OWN), being a movie producer and author, and tours.

"I don't see anyone screaming about how basketball players drive what they do while you paying $$$ to see them play in arenas and on fields. We don't live for people! We live for God!" she posted online.