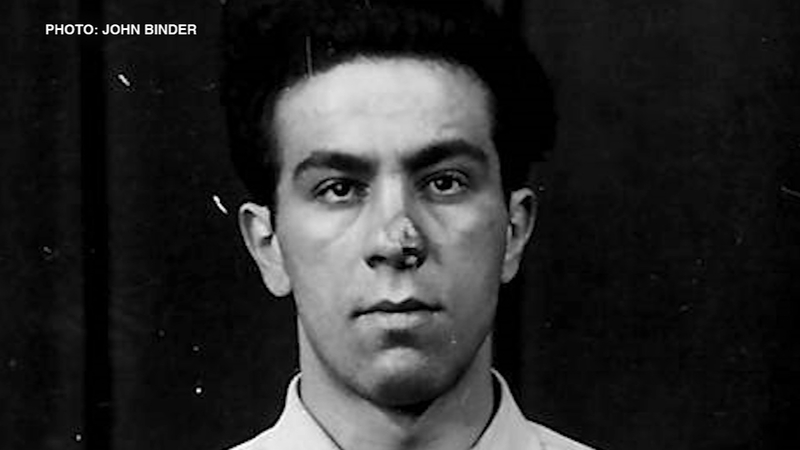 CHICAGO (WLS) -- The leader of the Outfit for more than a decade, notorious for his nickname and his cagey demeanor, died on Sunday-the ABC7 I-Team has learned.

John "No Nose" DiFronzo was 89 years old. He had Alzheimer's disease, according to noted Chicago attorney Joe "the Shark" Lopez who counts mob leaders as clients. "I knew that he was extremely ill and I thought that the ending was going to come and it finally did" Lopez told the I-Team during an interview on Tuesday.

DiFronzo was awarded the mob moniker "No Nose" early in his career when part of his schnoz was sliced off as he jumped through the plate glass window of a Michigan Ave. clothing store window to escape after a burglary. That incident in 1949 happened in the middle of a gun battle with police and left DiFronzo with a mangled snout.

Eventually plastic surgery restored the mobster's nose, but the nickname stuck. Sometimes he was also called "Johnny Bananas" by associates.

"John DiFronzo was at the top during a much different era than other times in history" said Chicago mob expert John Binder. "I mean they were still killing quite a few guys pre-years during the 1960's. Starting in the 1990's that really slows down and by the late 1990's there's very few certifiable or agreed-on outfit hits" said Binder, author of "The Chicago Outfit."

DiFronzo had been a longtime resident of River Grove. He would meet weekly with Outfit underlings at a local restaurant near the apartment he shared with his wife.

The I-Team put his regular midday meetings under surveillance in 2009 and conducted a rare interview with the mob boss as he was leaving one of the luncheons. "Lunch with No Nose" as it was coined, was a rare glimpse into Outfit operations and perhaps the last time DiFronzo was seen on television.

Investigative reporter Chuck Goudie had "Lunch with No Nose" in a 2009 I-Team surveillance story.

The crime syndicate boss, who began as an enforcer, did serve prison sentences for burglary in 1950 and in 1993 for racketeering-and was a suspect in about three dozen Outfit crimes and some murder cases. But he was convicted only a few times and managed to escape the legal fate of many of his mob colleagues.

As the upper echelon of the Chicago Outfit went to prison for life in the 2007 Operation: Family Secrets case, DiFronzo was always thought to have been atop the list of those who would fall in the second round of federal indictments.

"I think about (mob hitman) Nick Calabrese saying that DiFronzo was there when they killed the Spilotro brothers" recalled Lopez. Anthony "Ant" Spilotro and his brother Michael were murdered by Outfit hitmen according to federal investigators and buried in an Indiana cornfield. The 1986 double murder was the subject of a Hollywood movie and has never been officially solved.

There never was a Family Secrets II and DiFronzo managed to hold the reins of power into his 80's.

After Lunch with No Nose, the octogenarian Outfit boss told the I-Team that he was "not concerned at all" about being prosecuted. As it turned out, he was correct. He met the fate of old age and a debilitating disease on Sunday morning, passing away less violently then some of those who crossed paths with the Outfit over the years.

"I would say John DiFronzo was no Tony Accardo" said Binder, referring to Anthony "Joe Batters" Accardo the long-time Chicago consiglieri who died in 1992. "Now of course they (Outfit bosses) are working during different time periods. It's one thing to be leading an organization when its growing and it's at its peak. It's another thing to be leading an organization when it is clearly declining" Binder said.

DiFronzo did not have the once-standard mob wake and funeral ceremony, with columns of hoodlums filing in to pay their final respects and a winding procession of dark-colored sedans to the graveyard.