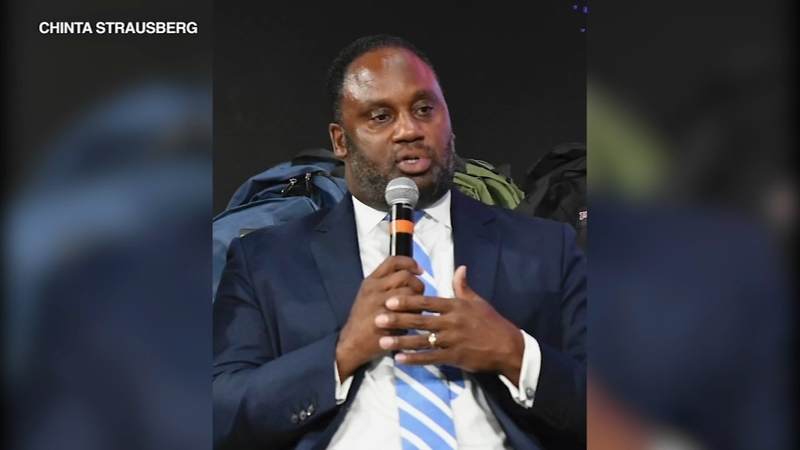 CHICAGO (WLS) -- A major player is about to jump into the crowded race for Congress to replace Bobby Rush - and he's already being called the front-runner by some.

Jonathan Jackson, the middle son of the Rev. Jesse Jackson Sr., says he will make a formal announcement that he is running for Illinois' first congressional seat on February 7.

"I think he rises immediately to the top of the heap because of his name recognition because of his political base at Rainbow Push, and through his father," said Laura Washington, ABC7 Political Analyst.

Jackson has been active behind the scene at Rainbow PUSH for decades. Now, he's ready to make his first run for political office.

"I have been fighting for working people my entire life and I am dedicated to economic and social progress," Jackson told ABC7.

Jackson said he is in the process of hiring a campaign manager and other staff, but that he won't make his formal announcement until Feb. 7.

Jackson currently runs a construction contracting firm, which will help him tap into unions for fundraising.

"Well, he certainly doesn't have to raise money in Chicago," political consultant Delmarie Cobb said. "He can raise money anywhere, whereas most of the other candidates are going to be limited to their ability to raise money in the city of Chicago and Illinois."

Jackson said he was encouraged to run by the Reverend Al Sharpton and was given the blessing of his father, who twice ran for president.

"He's never been directly a candidate, but he's been involved in politics his entire life, because when his father ran for president, the whole family were surrogate speakers, for their father," Cobb said.

Jackson will jump into a crowded race that already has 16 declared candidates.

"It's a once-in-a-lifetime opportunity to run for Congress and this is his home base, this is where he comes from. So it's probably a very attractive opportunity," Washington said.