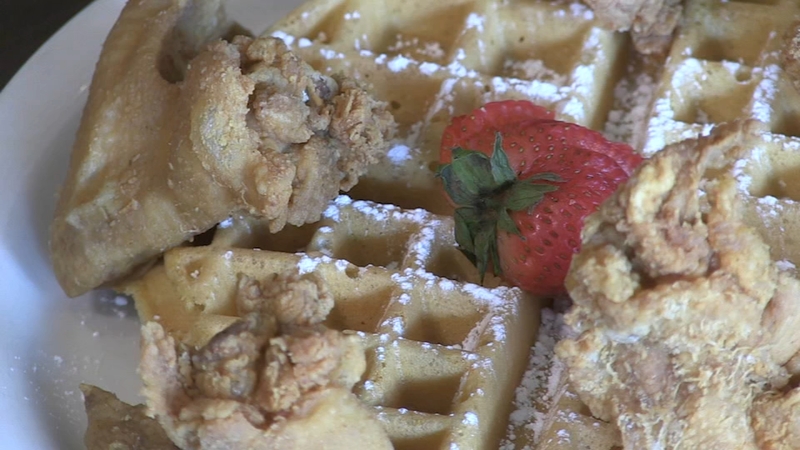 CHICAGO (WLS) -- After more than three decades in business, one of Chatham's iconic restaurants has a new look and a new name. Captain's Hard Time Dining had fallen on hard times, but an intervention from a Food Network show has helped give it new life.

If you moved away from 79th Street and came back recently, you wouldn't recognize Josephine Wade's restaurant these days. On the brink of shutting down earlier this year after 32 years of business, she and her family got a huge boost thanks to that television intervention, which gave the community beacon a lot more than a new coat of paint.

"They came in and did this revamp, and it really boosted the business," said Wade's son, Victor Love.

Say hello to Josephine's, which honors the matriarch who's been overseeing everything since Day 1. There are a few new items on the menu, too, but the Captain's classics are still intact.

"This has been a safe haven to the community, it's been a launching pad for many political ambitions and careers and it's also been a mentoring and training hub right here on 79th Street for kids that have fallen by the wayside and people just need to be encouraged and get a meal and get some love," Love said.

Regulars don't need to worry about too much change. They kept the chicken and waffles, fried catfish, and the usual assortment of sides. Corn bread, liver and onions, tender short ribs saddled next to dark, sautéed greens and beets - they're all still here.

In Steve's extra course video, he takes a closer look at the restaurant's peach cobbler.

New options include a lighter penne pasta with sautéed vegetables and a jerk chicken mac and cheese, embedded with ham hocks and collard greens. A smothered burger with onions and mushrooms set over a pimento cheese-slathered bun is another new addition.

This part of 79th Street has seen hard times. A mural nearby highlights some of the neighborhood's famous faces - Mother Wade's, among them.

"Now officially named Mother Josephine Wade Way. And she likes it her way," her son said.

Love says his mother's perseverance and willingness to let an outsider come in and shake things up kept their family business from going under.

"You mix the old with the new and it has made for good business lately," he said.