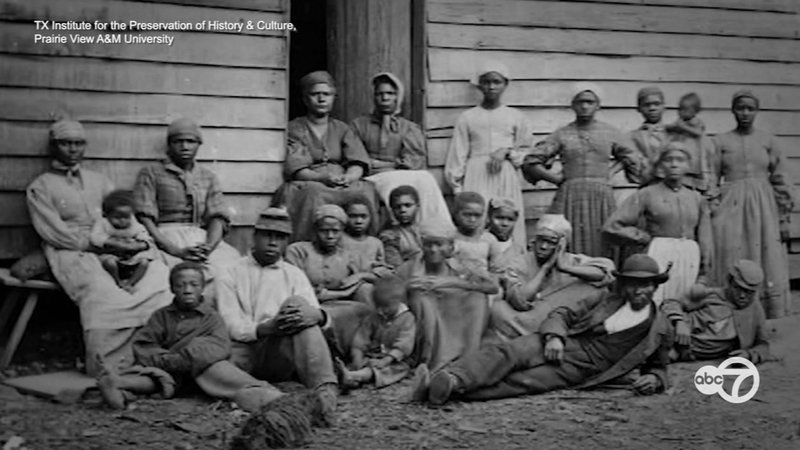 The History & Future of Juneteenth

Juneteenth marks the day news of the Emancipation Proclamation reached the last remaining slaves in Galveston, Texas - effectively ending slavery in the United States - two and a half years after its signing.

"Our Chicago: Black Freedom" explores the history of the momentous event that took place in Texas on June 19, 1865, "Juneteenth," ending the last vestiges of slavery. It further examines what Juneteenth means to our country and what Chicagoans and the state of Illinois are doing to commemorate it.

The special is available on all of our digital platform including ABC 7's Connected TV Apps on Amazon Fire TV, Android TV, Apple TV and Roku.

"This special commemoration gives our viewers a deeper understanding of the events that unfolded on Juneteenth and the tremendous impact it had on our history," said John Idler, president and general manager of ABC 7 Chicago. Members of the ABC 7 Eyewitness News team including Terrell Brown, Hosea Sanders, Karen Jordan, Leah Hope, Will Jones and Samantha Chatman contributed stories that showcase efforts to make Juneteenth an official state of Illinois holiday; suburban high school students who talk about how the next generation is embracing Juneteenth; school curriculums changing to incorporate Juneteenth history; Black-owned businesses finding Juneteenth business success; the meaningful symbols and colors of the Juneteenth flag and Juneteenth celebrations around Chicago that have been going strong for several years.