WLS
By Chuck Goudie and Barb Markoff, Christine Tressel, Ross Weidner and the ABC7 Chicago Digital Team
KENOSHA, Wis. (WLS) -- Federal authorities are trying to solve 20 building fires set in Kenosha and seven vehicle fires during the days of street violence. Now, agents from the U.S. Bureau of Alcohol, Tobacco, Firearms and Explosives in Chicago are trying to identify them some of the people they believe are responsible for those arsons.

The special agent in charge of ATF/Chicago tonight with a public plea to put names with faces after their investigative tools -- such as facial recognition -- apparently haven't worked-and now they need public recognition.

"We have used all the available technology we have to see what we can do to identify these people, and this is why we are now asking for further help from the community," deTineo told the I-Team.

"Kenosha PD has told us that many of the arrests they have made in their area over the past week, have been people from outside of the area, which is why it is so important that we distribute these images as widely as possible so that we can ensure that we locate them and send that message that you can't just come into other people's towns and create destruction and devastation and feel that you can go home and get away with it," deTineo told the I-Team.

Kenosha police, in conjunction with the ATF National Response Team, released images of persons of interest in the following investigations: 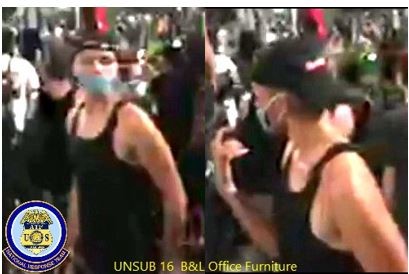 Kenosha police are seeking to identify this male in relation to an arson at B&L Furniture at 1101 60th Street, Kenosha. 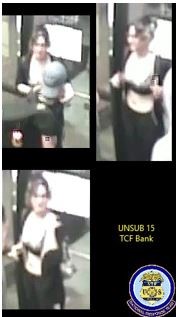 Kenosha police are seeking to identify the above female in connection to an arson at TCF Bank at 1815 63rd Street, Kenosha.

Kenosa police are looking to identify the above female in relation to an arson at the H&R Block at 6124 22nd Avenue in Kenosha.

Multiple arsons around Kenosha on Aug. 24: 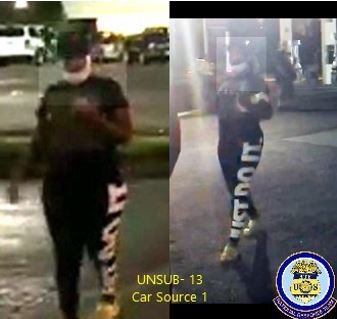 Kenosha police are looking to identify the above female in relation to multiple arsons in Kenosha on Aug. 24.

Arson at the Kensoha Probation and Parole building on Aug. 24: 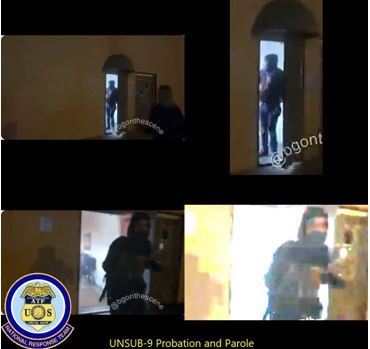 Kenosha police want to identify the above male in relation to an arson at the Kenosha Probation and Parole building on Aug. 24.

Police also released video of person of interest in the Probation and Parole fire, as well as a Kenosha garbage truck fire and an arson at Car Source in the 6200-block of Sheridan Road.

Buildings and cars were burned during the overnight hours after protests about the police shooting of 29-year-old Jacob Blake, an unarmed Black man who was shot seven times in the back in front of his children on Sunday.

Blake remains hospitalized and is now paralyzed from the waist down, according to his family.

If you have any information about these persons of interest, contact the Kenosha Police Department at 262-605-5203, Kenosha CrimeStoppers at 262-656-7333 or the ATF at 1-888-ATF-FIRE. Emailed tips may be sent to ATFTips@atf.gov.
Report a correction or typo
Related topics:
kenoshajacob blakesurveillancei teamsurveillance cameraarson investigationsurveillance video
Copyright © 2020 WLS-TV. All Rights Reserved.
I-TEAM