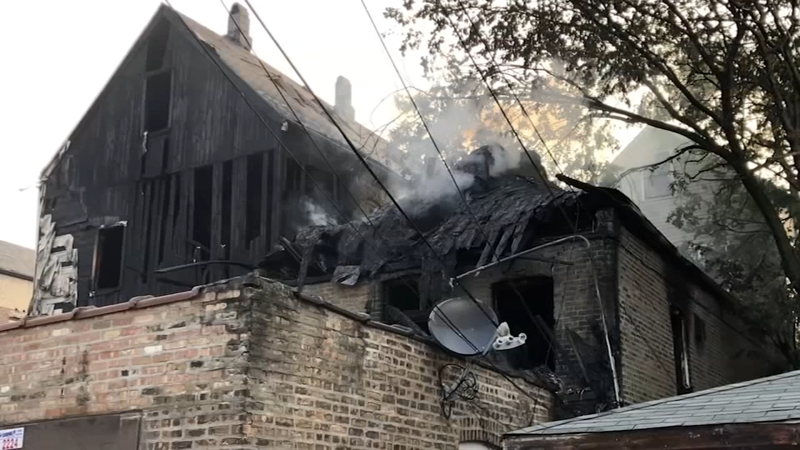 CHICAGO (WLS) -- The owners of a Little Village apartment building in which 10 children perished in a fire appeared in court Thursday.

The kids, ranging in age from 3 months to 16 years old, were having a sleepover in the building located in the 2200 block of South Sacramento Avenue when a blaze broke out and quickly spread.

Chicago Fire Commissioner Jose Santiago said it was the city's deadliest fire in a decade. Besides the 10 children that died, 30 people were displaced.

Following the fire, investigators revealed that the building was the subject of more than four dozen building code violations, including excessive use of extension cords, obstructed exits and missing or defective smoke and carbon monoxide detectors.

While city officials say none of the violations were dangerous enough at the time to warrant forcing the tenants to vacate the building, the attorney representing the owner, 80-year-old Merced Guiterrez, questions the timing of the city's crackdown: He said it came after Guiterrez had already started the process of evicting Yolanda Ayala - who lost six of her seven children in the fire - for not paying her rent.