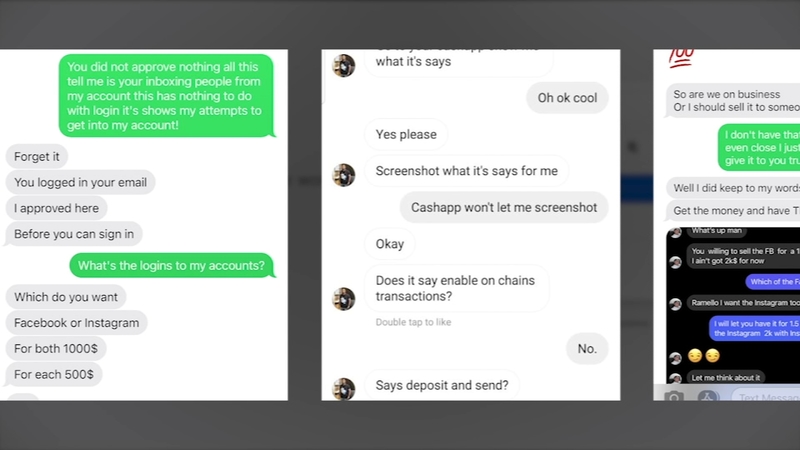 Small business owners get hacked, then locked out of Facebook

CHICAGO (WLS) -- The ABC7 I-Team is helping small business owners who rely on Facebook to make money. They said when they got locked out of accounts, they couldn't get answers from the social media giant.

Facebook can be a powerful tool to help small businesses grow. But when two small business owners got locked out of their Facebook business profiles, they alerted the I-Team to get help and warn others.

SEE ALSO | What is 'doxxing?' How to protect yourself from scammers after your social media, messages
In February, Alan Mejta's Facebook was hacked, freezing him out of his personal profile and his business page, "Alan's One Stop Computer Repairs," based out of Brookfield.

"I couldn't talk to my customers, I couldn't advertise," Alan Mejta said. "So I mean, that was a big damper on the business. People weren't seeing my business when they are looking for me on Facebook."

"He's making people think I'm stealing money," Barnes said. "It literally had put a damper on my life, social media, to the point I was panicking. This dude is killing my career."

Barnes said Facebook didn't help, so he did something security experts do not advise: he paid a ransom to the hackers, a hefty price on top of the cost the hack had on his reputation.

"When I got the page back, I was able to see all the messages that he had," Barnes said. "When I tell you he was doing damage, there were so many people talking to 'me' and I was like, wow."

Mejta also didn't get help from Facebook's help. In fact, Facebook does not have a live customer service phone number.
"It was just a dead end," Mejta said.

After the I-Team reached out to Facebook, Mejta was able to get back into his account. But because it was hacked, he said he still cannot purchase Facebook advertising.

Facebook says it "recommends regular checks and updates to your accounts ...", and also to perform a security checkup to activate alerts if someone tries to log into your account from an unrecognized device, and to enable two-factor authentication.

Mejta said he did receive emails from Facebook notifying him that his password was changed, but it was too late. He said he believes he had two-factor authentication enabled as well, so he's baffled about his hack.

"I was thinking, what in the world kind of a person would do something like this?" Mejta said.