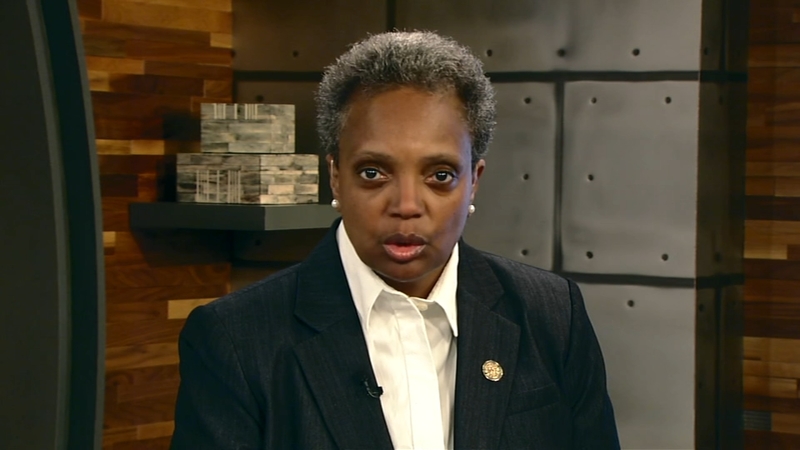 CHICAGO (WLS) -- Mayor Lori Lightfoot is denouncing President Donald Trump's tweets targeting four congresswomen of color. But she declined to weigh in on whether the president is racist, saying it isn't constructive.

The move comes as the president doubles down on his attacks against the representatives, denying that he or his tweets were racist.

"You look at what they've said, I have clips right here. The most vile, horrible statements about our country, about Israel, about others," the president said. "It's up to them. They can do what they want. They can leave, they can stay."

The president told the four congresswomen known as "The Squad" to go back to the country they came from. Three of the women were born in the U.S., while one is a Somali refugee who's now an American citizen.

"Well it's really unfortunate and it shows a level of ignorance that the president has exhibited on other occasions," said Mayor Lightfoot. "It speaks to a pattern the president has shown of really belittling women in general, but particularly women of color. I'm glad that there has been a significant pushback, as well there should be."

Trump also defended his comments on Twitter Tuesday ahead of a vote by the House of Representatives on a resolution condemning the president's tweets.

Trump tweeted: "Those tweets were not racist. I don't have a racist bone in my body!"

Republicans were coming to his defense.

"I believe this is about ideology, this is about socialism versus freedom," said Republican Rep. Kevin McCarthy of California, the current House Minority Leader.

The four targeted congresswomen are standing their ground.

There were also calls for civility on both sides.

"From the president, to the speaker, to freshman members of the House, all of us have a responsibility to elevate the public discourse," said Republican Sen. Mitch McConnell, of Kentucky. "Our words do matter."

McConnell also said that the president is not a racist.