'Maleficent: Mistress of Evil': The men of the movie sit down for interview ahead of sequel premiere 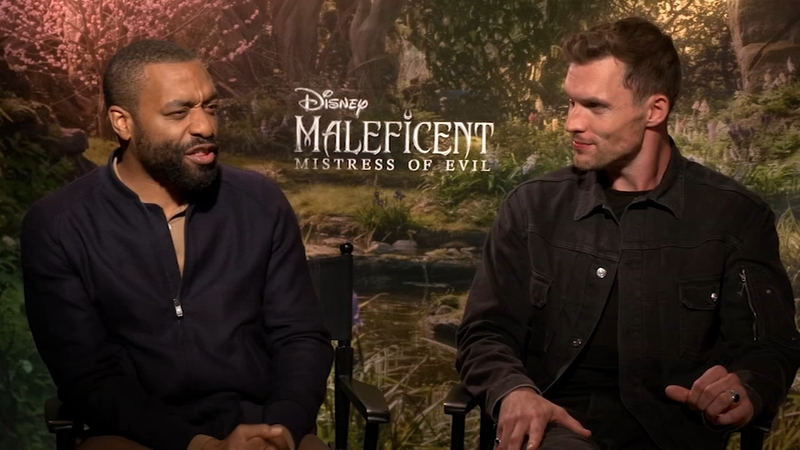 Men of 'Maleficent: Mistress of Evil' talk ahead of sequel premiere

The men of the movie sit down for an interview ahead of the premiere.

Diaval, played by Sam Riley, returns as Maleficent's eyes in the sky in the haunting sequel.

"It was great to be able to play it again," Riley said. "Most of my films are either massive flops or I die, so the sequel has never really been an option up until now."

Chiwetel Ejiofor, who spent some time in Chicago as a young thespian, plays a new ally.

Disney fans get ready because Maleficent is back in theaters Thursday night!

"It was the first place I'd ever been to in the states," Ejiofor said regarding his time in Chicago. "I was probably about 13 or 14. I was doing a school exchange and we did plays at the Latin School of Chicago."

Harris Dickinson joked about growing up to be a prince, and Ed Skrein talked about feeling exposed during filming.

"There was a dressing gown, some flip flops and some skin colored underwear. I came out and I was standing there in my underwear, feeling somewhat exposed," Skrein said. "And they were taking pictures and I was like, I think I need to get training. I think I need to start working out on a nutrition plan for this, they were like, you're not going to be wearing many clothes!