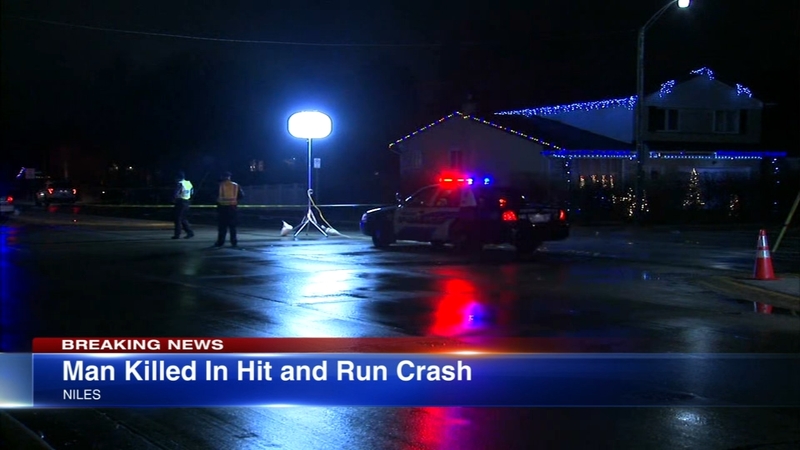 Niles police said just before 6:30 p.m., the man was crossing Greenwood Avenue at Betty Terrace, traveling east. The man was struck by a white pickup truck or SUV in the curb lane, police said.

The white vehicle was then struck by the car behind it before fleeing northbound on Greenwood, police said.

Police said the second car stayed at the scene and attempted to render aid to the victim.

The victim was taken to Lutheran General Hospital where he was pronounced dead shortly after 7 p.m. His identity has not yet been released.

Police are asking anyone who was traveling on Greenwood around the time of the crash to contact them at 847-588-6500. They said they believe witnesses may be key to finding the driver.

The NORTAF Major Crash Assistance Team is assisting in the investigation.

Northbound Greenwood Avenue was closed from Normal to Roseview for several hours due to the investigation.