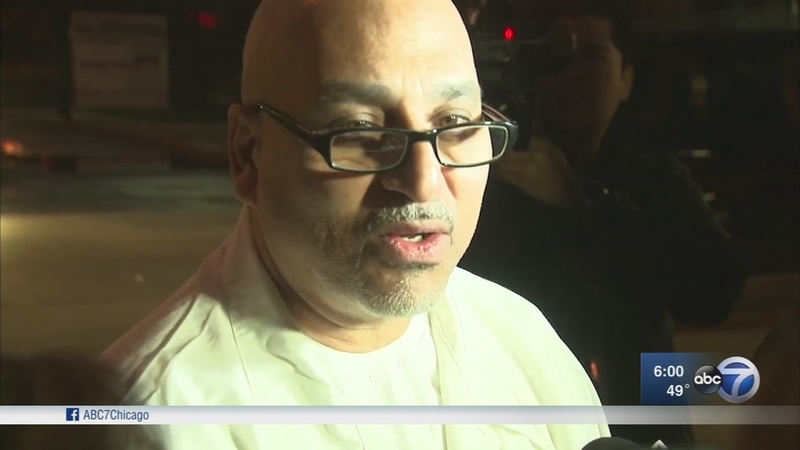 Maysonet walked out of Cook County Jail shortly before 5 p.m. after 27 years of imprisonment. He expressed gratitude and said he plans to spend a lot of time with family. Relatives weren't there when he initially walked out - they were out buying him clothing - but they arrived shortly after learning he was free.

There were hugs and tears outside the jail.

"I really do want to see my son. I've got a 26 year-old son, that I haven't seen for 24 years and hopefully I can stay with him and spend some time, the time that I didn't have with him, and not just with him, with my two grandkids too," Maysonet said.

"We knew he was innocent since he got locked up, we knew. We knew and that faith has us here," his sister Rose Maysonet said.

He was in court Wednesday afternoon for a pre-trial hearing, but when police detectives declined to testify against him it was clear there was no case and a judge ordered he be released.

Relatives and supporters hugged and cried after the hearing. Maysonet who's been behind bars since 1990 for the murder of two brothers.

Maysonet, an admitted former drug dealer, claimed that now-retired police detective Reynaldo Guevara beat a confession out of him after he stopped paying him for protection from arrest.

He was convicted, but was granted a new trial in 2016 after it was learned his defense attorney in the first trial was representing Guevara in a child custody case, which is a conflict of interest.

At Wednesday's pre-trial hearing five detectives, including Guevara, were scheduled to testify but they didn't show up and instead pleaded the fifth.

"All of the detectives from Area 5 that were involved in this case, not just Reynaldo Guevara, are pleading the fifth amendment because they fear prosecution for what they did in this case, which was frame my client," said Jennifer Bonjean, Maysonet's attorney.

The Cook County State's Attorney's Office released a statement, saying, "We were prepared to present this case for trial, but after learning that the former Chicago Police detectives were going to refuse to testify we were obligated to drop the charges. This refusal to testify undermines the pursuit of justice for all ."

"It was hell. There was no Christmas, no Thanksgiving, nothing, and finally we get to have Christmas at home," Rose said.