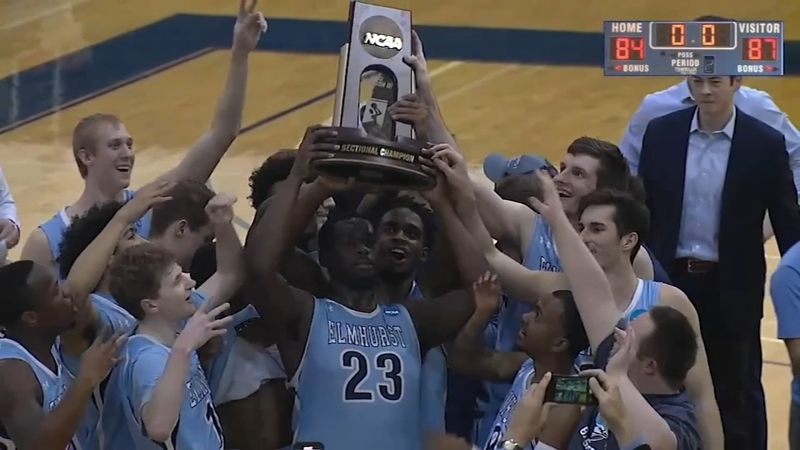 There was a last quiet meal on campus Wednesday before sending the Elmhurst University Blue Jays to the Division III Final Four. The room is decorated with reminders of their historic season. They are the first basketball team in school history to make it to the Final Four.

"Coming into the season me and my teammates were saying 'wow, we have a real shot at this,'" junior Jon Zapinski said. "Now that it's here, it's like wow. An incredible feeling."

The Bluejays made it after a thrilling overtime win last weekend over Mary-Hardin Baylor from Texas. This is the same core of the team that was poised to go to the Sweet 16 level in 2020. But the pandemic ended their season suddenly.

"Two years ago we were in this position to make this type of run, then COVID happened," Wesley Hooker said. "It's great we're back at this point, even further."

The pandemic offered players the chance for an extra year of eligibility. And a number of them took advantage, even though as division III players, they are not on athletic scholarships and have to pay their own way.

"We've got a lot of older guys. Six 23-year-olds because of COVID, and they've grown together," Coach John Baines said.

For the small campus of about 2,800 students, this is a big deal.

"Everybody's really excited. People keep talking about it and they're having watch parties," Kala Buolee said.

Dominic Genco has already graduated. But he came back to grad school hoping for this.