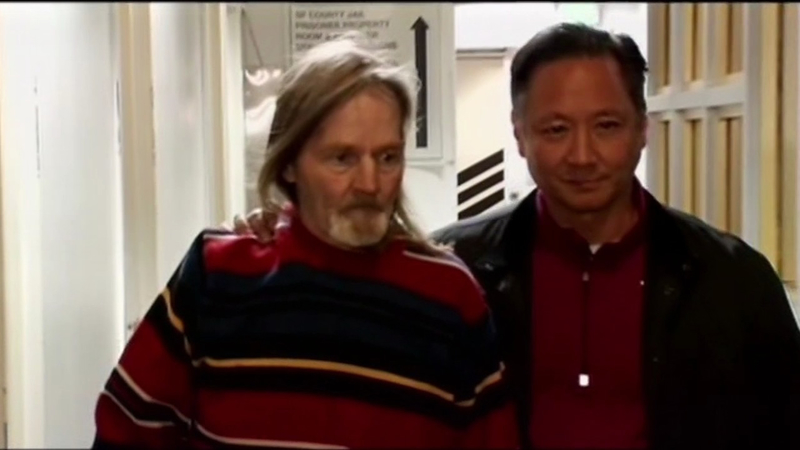 SAN FRANCISCO -- A man who was arrested and then released in connection with the discovery of a suitcase that contained a dismembered body in San Francisco has died of drug-related causes.

Andrus's death came just four days after he was released from jail.

Prosecutors were unable to charge him due to lack of evidence, so authorities had no choice but to release him.

Andrus became a person of interest after security video apparently captured him walking near 11th and Mission streets where a suitcase with a torso was found inside.

They later found a leg in a garbage container in front of nearby Firestone Tires.

Andrus was taken into custody on Jan. 30 and arrested the next day. However, police had to let him go on Feb. 3 when prosecutors said they didn't have enough evidence to charge him.

Police suspect the body may be that of Andrus' friend who has been missing, but the medical examiner has yet to make an I.D. and determine a cause of death.

ABC7 News spoke to one of Andrus's friends who said the last time he saw him was on Friday outside his Tenderloin apartment.

He says Andrus maintained his innocence, then asked for a sleeping bag. "I went down and I said 'hi Mark how you doing? Good to see your out.' He said, 'yeah, I didn't do it, I don't know what the problem was.' So we stood up and he said, 'could I get a bag?' So I came up and got him a bag and that was pretty much it," Mark Keever said.

Public defender Jeff Adachi released a statement saying, "I am sorry to learn that mark Andrus died Saturday morning. During the short time I represented Mark, I found him to be a kind and engaging person."

San Francisco public defender Jeff Adachi walked his client, Mark Andrus, out of jail after police had to let him go due to insufficient evidence to charge him on Feb. 3, 2015.

The case remains under investigation and authorities are asking anyone with information about the death to call the San Francisco Police Department's homicide unit at (415) 553-1145 or email gary.watts@sfgov.org. Anonymous tips can be left at (415) 575-4444.