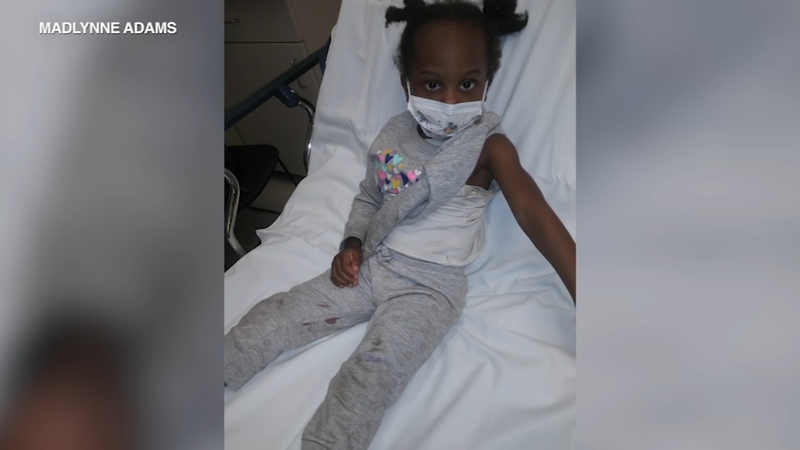 Girl, 3, and grandmother attacked by pit bull in Markham

MARKHAM, Ill. (WLS) -- A Sunday evening walk ended with a young girl and her grandmother injured when they were attacked by a pit bull in south suburban Markham.

"I saw a dog when we got to the corner, a dog coming out of the house," said Gloria McIntosh, victim. "I think the little kid opened the door, I'm not really sure."

McIntosh said around 6:30 p.m. her granddaughter Melanie asked to go out for a walk. They had barely reached the corner when the dog came after them.

McIntosh said within moments others came to their aid, restraining the dog and helping her to her feet before calling 911.

"Police did ask the people did the dog have rabies shots and they said yeah, but I was just surprise they didn't move the dog," she said.

McIntosh said Animal Care and Control did not come take the dog away.

"No. Because I next day I had to call police and ask them, what happens if a kid is walking down the street and that dog get outs?" McIntosh said.