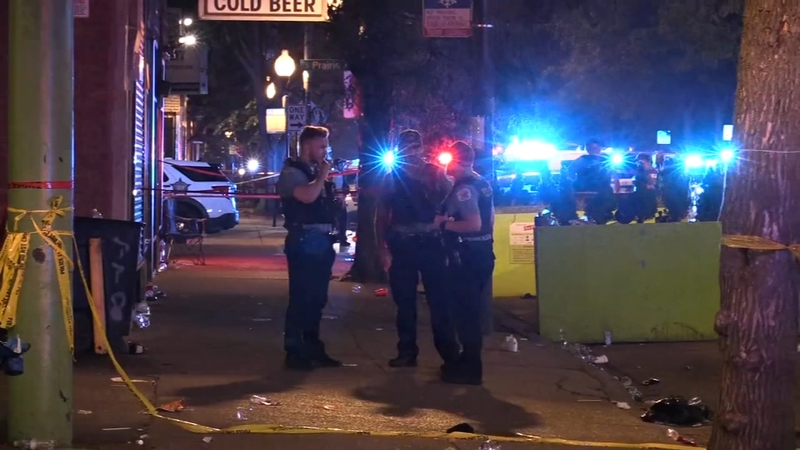 CHICAGO (WLS) -- In the wake of a series of mass shootings that have rocked Chicago in just the past week, Mayor Lori Lightfoot is addressing an issue that is plaguing cities across the country.

"Unfortunately, Chicago is not unique," said Lightfoot. "We are part of a club of cities to which no one wants to belong, cities with mass shootings."

On the city's West Side Layla Bitoy-Dillon, who owns a sweet shop along with a bistro across the street, has been shut down for 19 months due to the pandemic. Now as she looks to reopen, it's violence that's top of mind.

"The last thing I thought I needed to think about was the safety of my employees, and also my customers, being here in Austin for over eight years we've been burglarized multiple times.," said Bitoy-Dillon.

Most recently she said her store was broken into twice at the end of May.

It's not just businesses that are concerned, community leaders like Father Michael Pfleger of St. Sabina Church insist much more needs to be done in order to get the violence under control

"We had an all-in Illinois for COVID, we need an all-in Chicago for this violence," said Pleger.

Chicago anti-violence groups are teaming up to train hundreds of peacekeepers who interrupt violence in 77 of the city's hot spots.

Chicago CRED has teamed up with several organizations to train over 300 peacekeepers who interrupt violence in 77 of the city's hot spots.

"Since our launch four weekends ago, 90% of hotspots, experienced zero shooting victimizations when our workers are present," said Jalon Arthur of Chicago CRED.

They're also in North Lawndale creating a safe and alternative path for 11,000 young men at risk in the neighborhood.

"If we can prove it here in North Lawndale think of what it means for 15 other neighborhoods in Chicago," said Chicago CRED founder Arne Duncan.

The outside perception of Chicago caused by headlines about mass shootings here is threatening to impact pandemic reopening hopes for retailers, tourism and conventions.

" But what is most concerning is it's starting to take hold, that it no longer occurs in pockets," said Rob Karr, President Illinois Retail Merchant Association. "It occurs everywhere and I think that's really what has to be concerning."

The mayor is trying to reassure residents and visitors alike.

"The reality is our city is safe I stand by that," said Lightfoot.