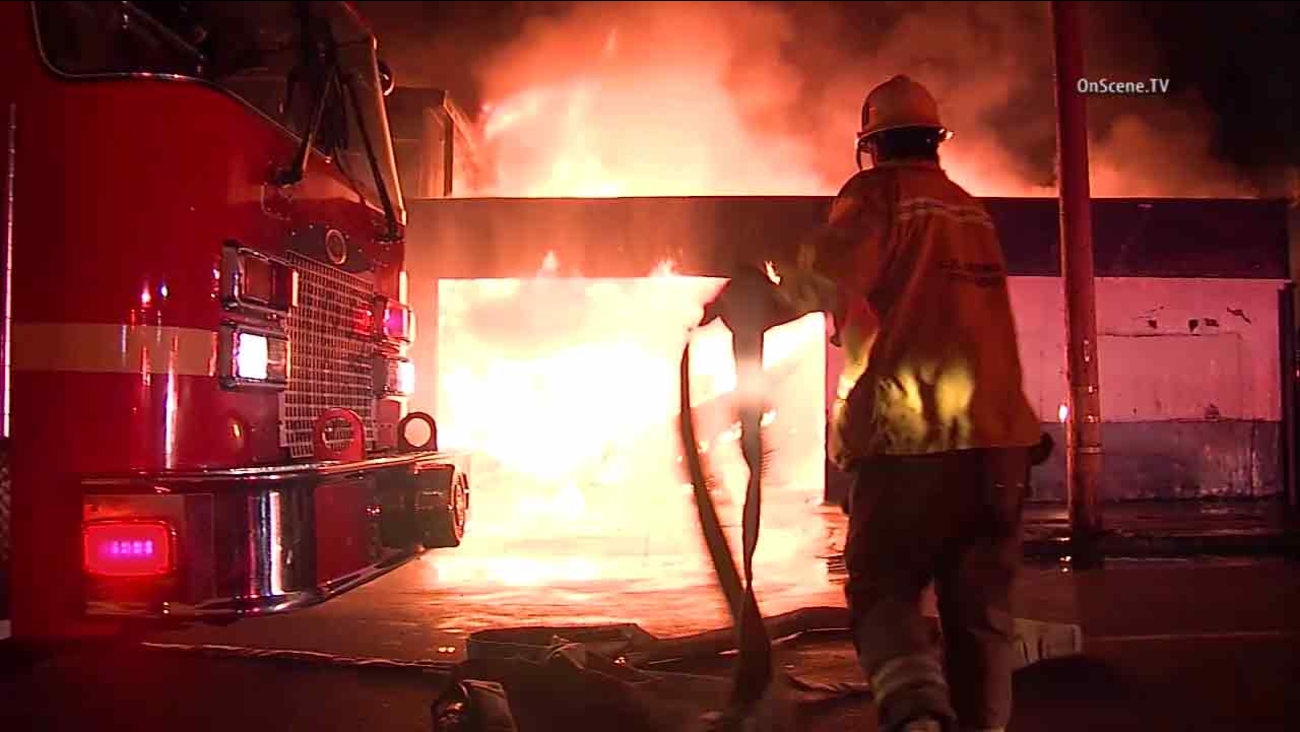 A Los Angeles County firefighter grabs a hose while helping fight a commercial structure fire in Maywood on Tuesday, June 14, 2016.

MAYWOOD, Calif. -- More than 4,000 people were without power Tuesday morning after a multi-alarm fire broke out at a commercial building in Maywood, Los Angeles County fire officials said.

More than 100 firefighters began battling the stubborn flames in the 3500 block of Fruitland Avenue at about 2:31 a.m. The fire began as a second-alarm fire before quickly turning to a third-alarm fire.

At least three explosions were heard coming out of the fully-involved structure, which were caused by water from the fire hoses hitting magnesium, according to Randall Wright of the L.A. County Fire Department.

Officials were able to keep the fire from spreading but were allowing the magnesium to burn to avoid more violent explosions.

Officials said flames burned power lines and poles, causing thousands of residents to be without power in the area. Officials estimated a time of restoration was approximately 12 p.m.

A nearby apartment building building was evacuated, but no injuries were reported, Wright said.

The cause of the fire was under investigation.