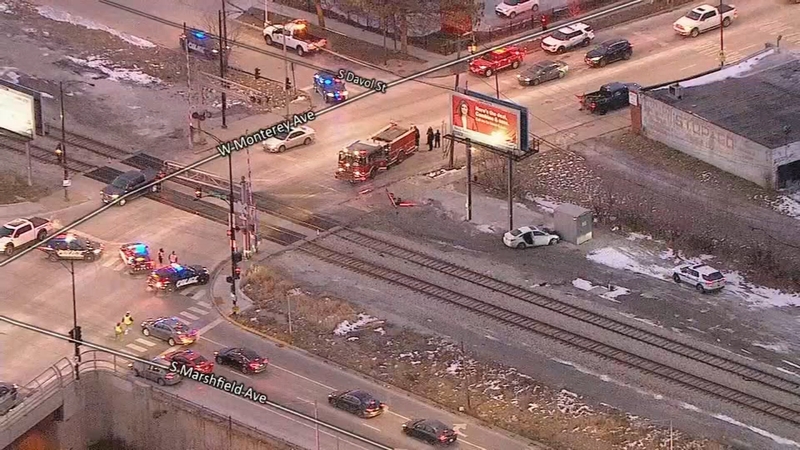 CHICAGO (WLS) -- One person was injured and Metra and traffic delays were expected after a train struck a vehicle in Morgan Park Friday morning.

A Metra spokesman said the driver of the car suffered non-life threatening injuries in the incident. He was taken to a local hospital to be checked out.

The commuter rail warned of extensive delays after the crash, and some inbound and outbound trains were expected to operate on the Beverly Branch while the incident was cleaned up and investigated.

Traffic was also affected, as 111th Street was blocked by the train.