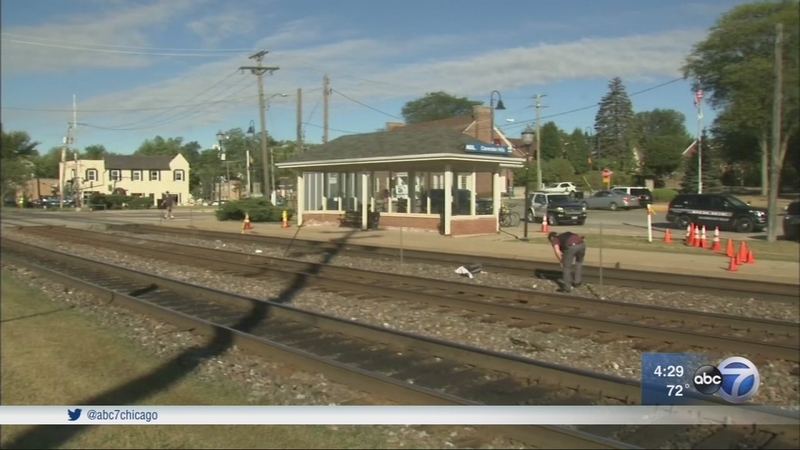 CLARENDON HILLS, Ill. (WLS) -- A 34-year-old woman died Thursday morning after she was hit by an inbound Metra BNSF train near the station in west suburban Clarendon Hills. Police said they believe the incident may have been a tragic accident.

Witnesses said she had just been dropped off at the station on Prospect Avenue, shortly after 8 a.m., when she was struck by train No. 1242., an express train that originated in Aurora and was scheduled to arrive in Chicago at 8:15 a.m.

Video from nearby security cameras shows her crossing the tracks as the gates were down, police said.

Metra police later said the woman had died. She lived in west suburban Oak Brook. Her identity has not yet been released.

"We ask that everyone keep the family of the deceased in their thoughts and keep in mind the importance of pedestrian safety at rail crossings," police said.

BNSF service was stopped in both directions until around 10:45 a.m. Extensive delays were expected.

Officials asked commuters to listen to platform announcements and check out Track Your Train on metrail.com for real-time updates.