The Robinsons allege their kids were disenrolled from the school as retaliation against their parents for raising concerns
CNNWire
By Omar Jimenez, CNN 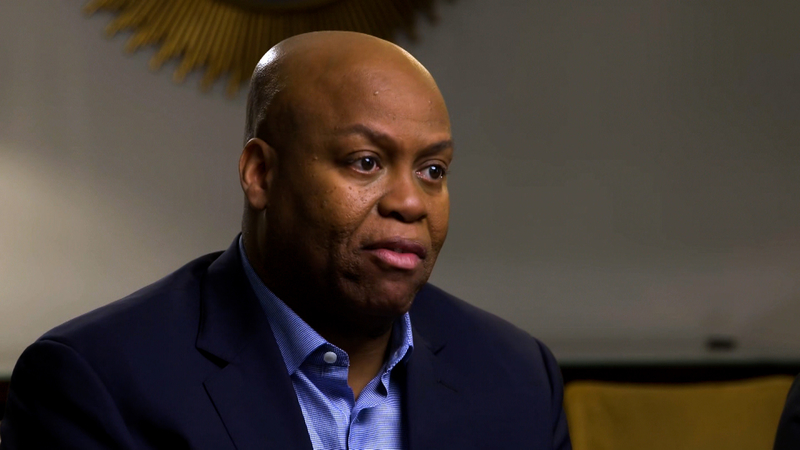 MILWAUKEE, Wis. -- The University School of Milwaukee is pushing back on accusations of discrimination from Craig Robinson, Michelle Obama's brother, and his wife, Kelly Robinson.

The preparatory school filed a motion Thursday to dismiss a lawsuit the couple filed in April that alleged in part, "The School acted impermissibly to silence and to retaliate against those adversely affected by, and raising concerns about, the School's unfair treatment of students of color and underrepresented students," CNN reported.

The Robinsons allege their children -- age 11 and 9 at the time -- were disenrolled from the school at the end of the last school year as retaliation against their parents for raising concerns that were "sensitive to the administration."

The school describes those claims as "part of a media campaign intended to tarnish USM's reputation as one of the nation's premier independent, college-preparatory schools," according to the school's motion to dismiss the civil lawsuit.

In late April, Craig Robinson told CNN, "The first thing we noticed was a repeated use of racial and ethnic stereotypes in actual classroom assignments," speaking of portions of the 2020-2021 school year.

The Robinsons stressed to CNN their complaint was more about how the school responded to their concerns.

The motion to dismiss is the latest effort from the school to push back on that narrative.

"The Robinsons fail to mention that Mrs. Robinson began regularly attending her older son's virtual classes during the pandemic to observe and critique his teachers," and "sent an incessant series of lengthy, misguided, and often disrespectful emails and text messages asserting unfounded complaints about his teachers," the motion reads.

RELATED: Michelle Obama's brother says his kids were disenrolled from school after raising concerns of bias

The motion asserts that USM warned the couple their communications violated the school's Common Trust and Parent School Partnership philosophy.

"They responded by threatening to engage in the campaign that has since followed, asserting baseless claims of 'racial and socioeconomic insensitivities' to garner national attention and shift to USM the blame for their eventual separation from its community," despite "hours each week working with them to address their concerns," it continued.

In response, a spokesperson for the Robinsons told CNN in a statement, "The University School of Milwaukee continues to demonstrate that they are unwilling to accept responsibility for their culpability in fostering a culture of racial insensitivity and bias. The Robinsons remain confident in their case and will continue to vigorously pursue this litigation to vindicate the interests of their children and the countless others they have victimized."

In a message to the school's community Thursday, head of school Steve Hancock wrote, "The family in question was not invited to return to USM due to unacceptable behavior by the parents towards our teachers and staff. The family's children were well-liked by their peers and teachers, which made this exceptionally rare decision very challenging."

The enrollment termination letter made no mention of the behavior of the children in its reasoning and even described them as students who embody the school's "portrait of a graduate."

No decision has been made by a judge on the motion to dismiss, but Hancock believes the claims in the suit aren't valid.

"Numerous false claims were made regarding racial and socioeconomic bias at the school. When initially raised, these concerns were taken very seriously, fully investigated, and ultimately found to be without merit," he wrote to the school community.