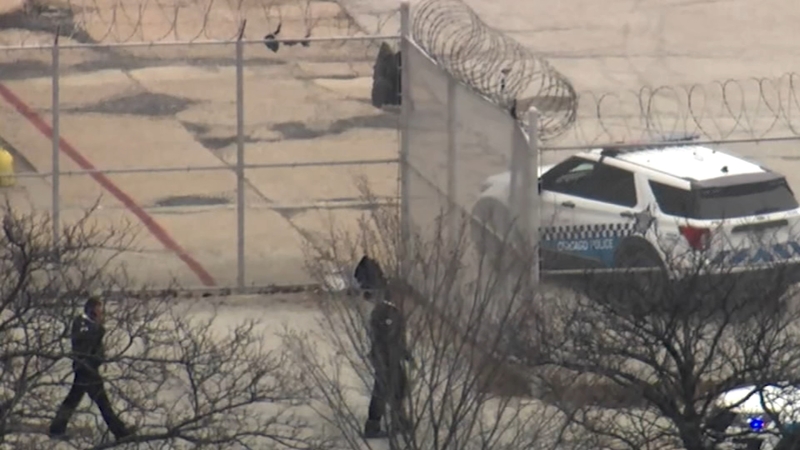 CHICAGO (WLS) -- A man is in custody after he was spotted running around the tarmac and climbing on the wing of a plane at Chicago's Midway Airport Tuesday afternoon.

Chicago police said the 33-year-old man was apprehended on Midway property near runway 31 around 4:45 p.m.

Police said he hopped a barbed wire fence near 55th Street and Lorel Avenue, where his jacket and shirt became tangled up in the fence.

Investigators said he was seen walking on the runway, then later took off his clothes and climbed onto a wing of a private jet.

Witnesses said he appeared to be intoxicated. Police said he was transported to MacNeal Hospital for minor injuries and an evaluation.

Aviation experts say the biggest takeaway from this odd event involves a closer look at airport security, not just within the terminals but also the tarmacs.

"I think we're seeing how easy it is for somebody to scale a fence and get into a secure area," said Joseph Schwieterman, DePaul University aviation expert. "In this case it appears the airport didn't have a lot of operational disruption but boy, it's a wakeup call that one individual could potentially bring down [a] transportation network."

Schwieterman said as more threats to airline security increase, so must the attention to the security systems in place.

"Every year we have new threats to our airline system, and somebody getting inside a secure area without a great deal of difficulty," he said. "It does suggest that new kinds of fencing may have to be looked at."

Charges are currently pending. Area One detectives are investigating the incident.