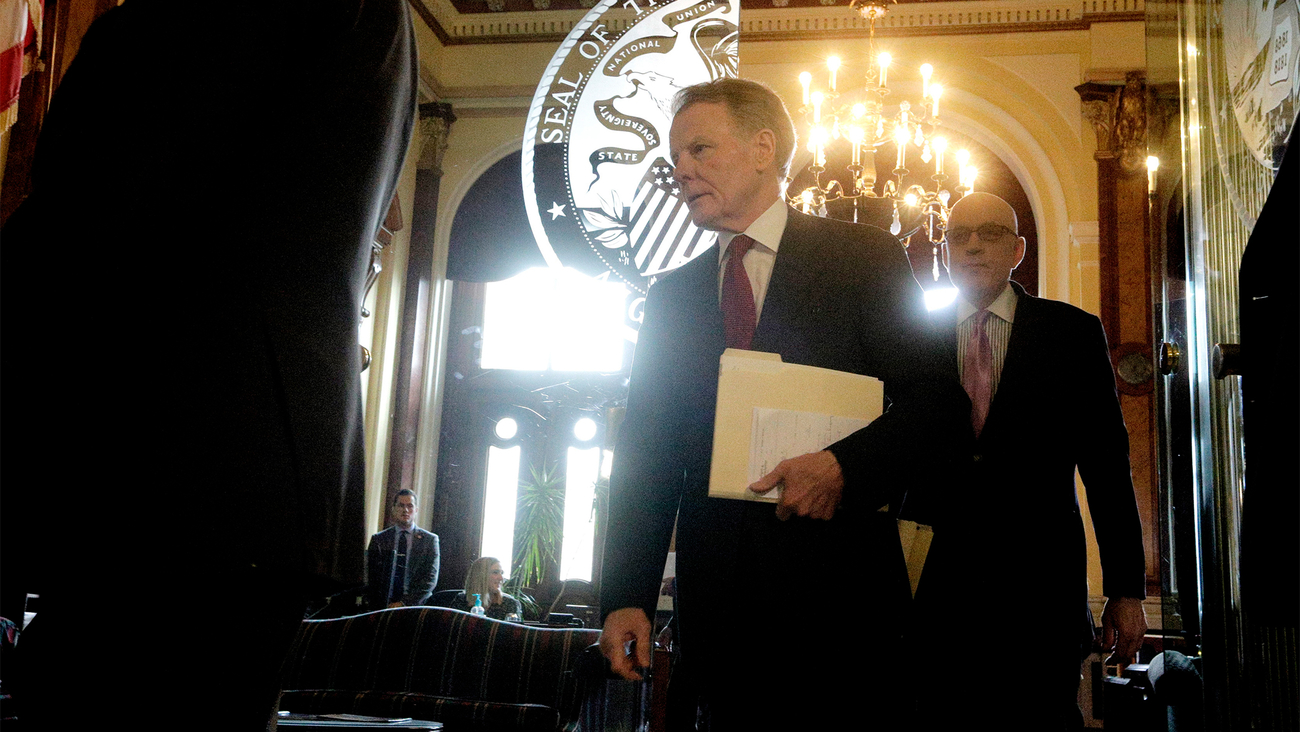 Millions of dollars are being spread around to help allies and defeat opponents.

Politics is about more than just policy; it's also about power and money. And Madigan, who has a $14 million war chest according to the latest quarterly report, is making his presence felt on the campaign trail.

Madigan has been Speaker of the Illinois House for longer than any state or federal leader in the country. Democrats already hold a super majority in the House, but Madigan is looking for more.

"The Illinois GOP is I disarray and Donald Trump is at the top of the ticket, and he's very unpopular in the suburbs," explained ABC7 Political Analyst Laura Washington. "So this is an opportunity for him to knock off some Republicans that he might not have been able to do it another time."

Among those targeted are two outspoken Republican critics of Madigan: Mark Batinick from Plainfield and Grant Wehrli from Naperville.

Two political action committees controlled by Madigan have contributed to $975,490 to newcomer Janet Yang Rohr's campaign. Her ads attack Wehrli are all over the airwaves, as are ads for Harry Benton, who is trying to unseat Batinick. Benton's campaign is fueled by $530,786 from Madigan PACs.

"These state house races are spending more than most congressional races in the country, and it's unprecedented," said Pete Giangreco, Democratic political consultant.

"That's been the story of Mike Madigan since he came to power in Illinois. He raises money for candidates. He helps their organizations. He gives them troops, and that way he controls. They have to answer to him because he made them," Washington said.

Republican Dan Ugaste from St. Charles is also being targeted by Madigan money. His opponent Martha Paschke's campaign is supported by $1,097,172 from Madigan PACs.

Political observers say Madigan needs to shore up his support in the wake of the ComEd scandal that has challenged his leadership.

"There will be a vote in January for Speaker," Giangreco said. "I don't think anybody knows which way that's gonna go for the first time in decades."

"There have been several legislators who said they won't support him and say that he should resign. He wants to insulate himself from any kind of major rebellion. The more votes he can bring into the fold, the safer he is from being threatened," said Washington.

Currently there are 74 Democrats in the House, and Madigan needs 60 votes to remain Speaker.

Another factor at play is redistricting; the new maps will be drawn in time for the next election two years from now, and as Speaker, Madigan would have great influence over what those maps look like.
Report a correction or typo
Related topics:
politicsillinoisnapervilleplainfieldoswegoshorewoodst. charlesmike madigangeneral assemblyillinois2020 presidential election
Copyright © 2021 WLS-TV. All Rights Reserved.
2020 PRESIDENTIAL ELECTION

Some Capitol riot suspects apologize as consequences sink in

Dominion Voting sues Fox for $1.6B over 2020 election claims