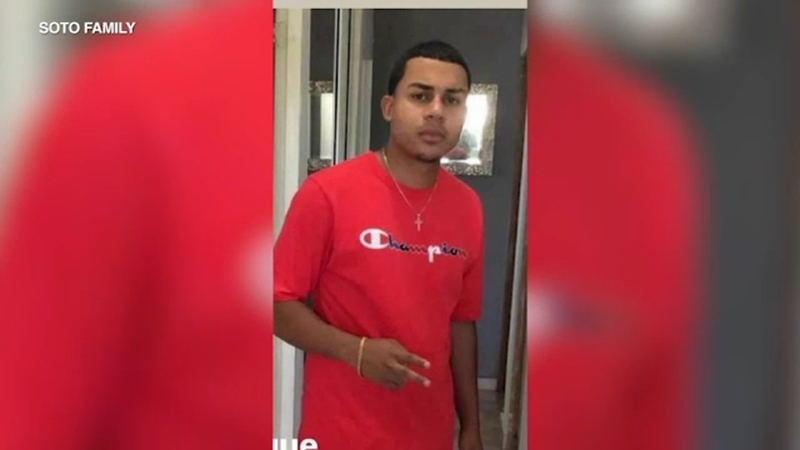 EAST CHICAGO, Ind. (WLS) -- A grief-stricken Benjamin Soto continues to walk the northwest Indiana shoreline, hoping to find his son who went missing after a boat he was on capsized in Lake Michigan near an East Chicago Marina last Saturday.

"I'm just asking for help, to the people to help me find my boy. That's all I want to find him," Soto said.

After nearly a week of searching, authorities have not been able to locate the body of 20-year old Kelvin Soto Crespo.

"He liked to laugh, made jokes," Soto said. "He very hard working boy."

His father rushed to the Chicago area from his home in Tampa after the May 1 accident. Now, he's just hoping to take his youngest son back to his native Puerto Rico, where his mother still resides, to be buried.

"This could happen to anyone and I just want to make sure we think about this family that's in need right now," said Evelyn Hernandez, who survived a near-drowning after a boating accident on Lake Michigan in 2021.

With the help of supporters, like Hernandez, the missing man's family has created a GoFundMe page to help pay for funeral expenses.

Crespo and three others were on an 18-foot boat when it capsized last Saturday afternoon.

While the U.S. Coast Guard managed to rescue two of the people, as well as a Good Samaritan, the efforts to find Crespo have been unsuccessful after he got separated from the group.

His dad said Crespo couldn't swim but had a life jacket.

"He had one with him, but it didn't stay on," said Dave Benjamin, co-founder of the Great Lakes Surf Rescue Project. "I don't know if it was not properly fitted, but there were life jackets on board the vessel."

The boaters who survived are recovering, according to officials.

Their boat was eventually found adrift and brought back to shore.

However, as the search continues, so does the investigation into what caused the boat to capsize in the first place. Meanwhile, Crespo's family is asking anyone who notices anything associated with the accident along the shoreline to call authorities.

Relatives said kelvin moved to the city last year and was making a career at FedEx.

His loss has been devastating.

Anyone who spots anything that may be associated with the incident is asked to contact the Indiana Conservation Officers Central Dispatch Center at 812-837-9536.