Wrigleyville, South Side react to cancellation of MLB Opening Day 2022: 'It's devastating' 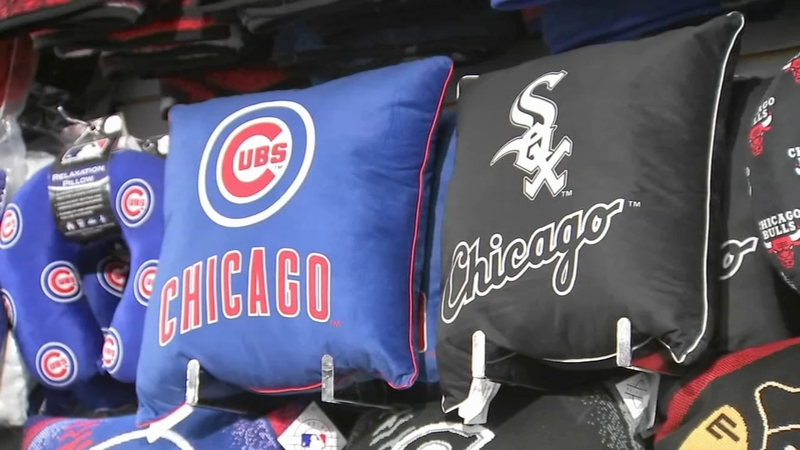 CHICAGO (WLS) -- Chicago businesses, already worn thin by the pandemic, who rely on big bumps from baseball season are in limbo after Opening Day was canceled amid stalled negotiations between MLB and the players' union.

Commissioner Rob Manfred announced Tuesday the sport will lose regular-season games over a labor dispute for the first time in 27 years after acrimonious lockout talks collapsed in the hours before management's deadline.

After the sides made progress during 13 negotiating sessions over 16 1/2 hours Monday, the league sent the players' association a "best and final offer" Tuesday on the ninth straight day of negotiations.

Players rejected that offer, setting the stage for MLB to follow through on its threat to cancel opening day on March 31.

At 5 p.m., Manfred issued a statement that many fans had been dreading: Nothing to look forward to on Opening Day, normally a spring standard of renewal for fans throughout the nation and some in Canada, too.

The first two series of the season have also been canceled.

Baseball fans looking forward to Opening Day are going to have to wait.

Employees at Old Crow Smokehouse in Wrigleyville have been preparing for baseball season. They've already hired about 100 additional employees for the summer, expecting to have the normal crowds that come to the neighborhood for Cubs games.

"The timing is terrible because with the mask mandate getting lifted and businesses being excited, especially in this neighborhood, ready to get back to normal or some semblance of normalcy, with sports and baseball coming up, to hear this -- it's devastating news," said David Strauss, owner of Sluggers.

"We're getting ready. We just need the team to be out there," Guthrie said.

Down the street from Guaranteed Rate Field at Turtles, they would typically be getting extra inventory in and making other preparations for Opening Day. But with the start of the season in question, that's all on hold.

"We're just not seeing much of anything, just waiting patiently to see what happens. But we did not take any steps to prepare," said Carrie Stegmiller, a bartender.

Stegmiller said the uncertainty is especially tough on Sox fans because they have high expectations for the team this year.

"Whenever you have a good team, and you can't start the season, it's just a huge loss for us Sox fans," said Edwin Serrano, a White Sox fan.

Josh Ganal, co-owner of the Grandstand merchandise store on the South Side, is worried about the bottom line.

"Aside from just ordering stuff, we've got employees that are gonna be coming that are seasonal that help us out, and it's tough 'cause now we have to react to that," he said.

And winning baseball generally means big crowds and lots of business for neighborhood restaurants and bars, though, on the North Side, they tend to draw good crowds win or lose.

At Murphy's Bleachers, they've survived the pandemic and the slow months of winter, and are looking forward to baseball as soon as possible.

"We just want baseball players on the field, fans having a good time," said Freddy Fagenholz, with Murphy's Bleachers.

The ninth work stoppage in baseball history will be the fourth that causes regular season games to be canceled, leaving Fenway Park and Dodger Stadium as quiet in next month as Joker Marchant Stadium and Camelback Park have been during the third straight disrupted spring training.