Mollie Tibbetts' father believes she was taken by 'someone who she knows, probably someone who cares about her' 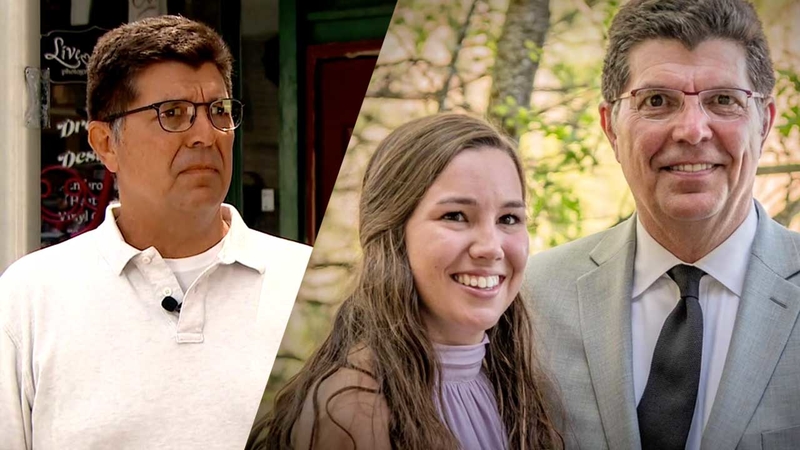 Mollie Tibbetts' father: Someone she knows took her

Almost three weeks after 20-year-old Mollie Tibbetts mysteriously vanished, her father is sharing a new theory: He believes someone who knows her kidnapped her.

Rob Tibbetts did not elaborate on why he believes this, but he said he still thinks this person is keeping his daughter alive.

"It's totally speculation," he told ABC News, "but I do believe that Mollie is with someone who she knows, probably someone who cares about her. But that relationship was misguided, misinterpreted and went wrong, and I think they're in a place with Mollie and don't know how to get themselves out of this horrible situation."

Tibbetts was last seen on July 18 while going for a jog in Brooklyn, Iowa. Authorities have remained tight-lipped about their own theories, not releasing any information about whether there is a person of interest or even whether authorities believe Tibbetts returned home from her run. The family has said authorities told them she did return home.

Tibbetts, a rising sophomore at the University of Iowa, had been staying at the home of her high school sweetheart, Dalton Jack, and his brother, Blake, for the summer. Tibbetts was supposed to be the maid of honor in Blake's wedding, her mother said, but since Mollie went missing that wedding was postponed.

Authorities told ABC News they have nothing to back up Rob Tibbetts' theory. Tibbetts said he believes the person who took his daughter may have gotten the wrong idea because of Mollie's sweet demeanor.

"I do really believe that what happened to Mollie wasn't that someone set out to harm her," he said. "I think because they haven't found Mollie, that Mollie is still someplace, and we can get her home."